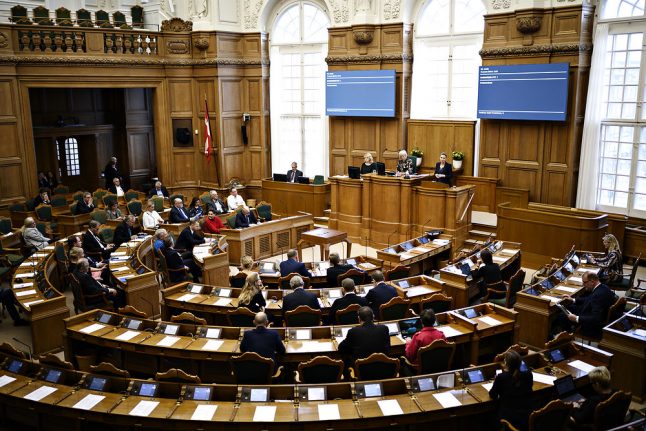 The Danish government’s projected ‘paradigm change’ in asylum policy could reduce the access of refugees to vital economic support in paying for medicines and other necessary one-off costs.

The Danish Refugee Council (Dansk Flygtningehjælp) has said that the proposal, which underwent the first round of political process in parliament on Thursday, would “limit individual refugees’ ability to get help” with the costs of medicine, dental care and other “necessary one-off costs”.

The bill also provides for a 2,000-kroner reduction in benefits payments to refugees who provide for dependents.

“This will affect a group which is already economically pressed to its absolute limits,” the Danish Red Cross wrote in a response to the hearing stage of the bill procedure.

Current rules enable refugees, like other people living in Denmark, to apply for assistance in covering the costs of specific one-off costs that they cannot afford themselves. Half of the money provided by municipalities in such instances is directly refunded by the state.

But the proposed new legislation will change that by providing for a block subsidy only, paid by the state to municipalities for extra financial assistance to refugees.

That means that municipalities will no long be certain of receiving the same state subsidies for the payments as before and may thereby have to change their policies.

Meanwhile, another element of the bill, which cuts integration benefits paid to refugee families.

“Put succinctly, this is making things harder for the people who are already struggling the most,” Danish Institute for Human Rights director Jonas Christoffersen told Jyllands-Posten.

Martin Henriksen, immigration spokesperson with the Danish People’s Party, told the newspaper he hoped the result of the new legislation would be fewer subsidies for refugees.

“Since we have cut benefits to refugees [via previous reforms, ed.], we have got the impression that some municipalities have compensated for some of the reduction by giving these subsidies. We want that stopped,” Henriksen said.

“We are not interested in letting municipalities, with 50 percent economic support from the state, conduct local politics that contradict national policy on foreigners,” he added.

In written comments provided to Jyllands-Posten, immigration minister Inger Støjberg did not directly answer whether she expected the bill to result in municipalities providing fewer subsidies to refugees, the newspaper writes.

But Støjberg’s ministry confirmed that savings are expected to be made through the change, the report adds.

The term ‘paradigm shift’ has been used to refer to a change in approach to asylum policy, initially driven by the anti-immigration Danish People’s Party, reflecting the view that the status of refugees should always be considered as temporary, and that their status should be revoked as soon as conditions in origin countries are deemed to enable this.

That means less emphasis in general on assisting refugees to integrate, which would aid their long-term prospects in Danish society.

The bill that provides for the new rule change is scheduled for its second and third parliamentary procedures in February, following normal process in Denmark for passing legislation.

It was contained in the budget agreed between the government and Danish People’s Party in November last year and is expected to be voted through.