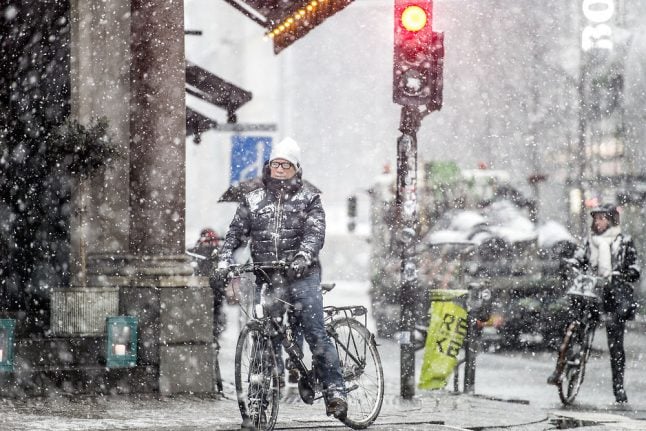 But motorists should nevertheless expect to scrape their car windows every morning, with nighttime temperatures predicted to stay under freezing point throughout the week.

“It will be a very peaceful week. But windshields must be scraped and paths gritted, so postmen and binmen can do their jobs,” said meteorologist Bolette Brødsgaard of weather agency DMI.

“There is a precipitation area moving towards the country with rain, sleet and snow. But the amounts will not be too great, with a maximum of 1-2 centimetres of thawing snow in the east of the country,” Brødsgaard said early on Monday before snow fell in Copenhagen.

The wet weather will clear later on Monday, with a clear night and temperatures from -5° Celsius up to freezing point predicted.

Tuesday will see drier weather with brief sunny spells, particularly in the east, the meteorologist said.

“Daytime temperatures will be just over freezing point. It will certainly not be warm – between two and three degrees. And at night we will get down to a couple of degrees below zero,” Brødsgaard said.

Dry weather is expected to continue further into the week.

“Things will continue in the same vein. Wednesday will see a lot of clouds, but possibly also some sun. The temperature will be close to freezing, possibly also during the day,” Brødsgaard said.

“Thursday will actually also be the same. The wind is not very strong, but Tuesday, Wednesday and Thursday will switch to an easterly direction, which will give us the drier weather,” she added.

The prognosis for Friday remains uncertain.

“It looks as if a front is approaching, which would mean more wind. But that is still very uncertain,” Brødsgaard said.