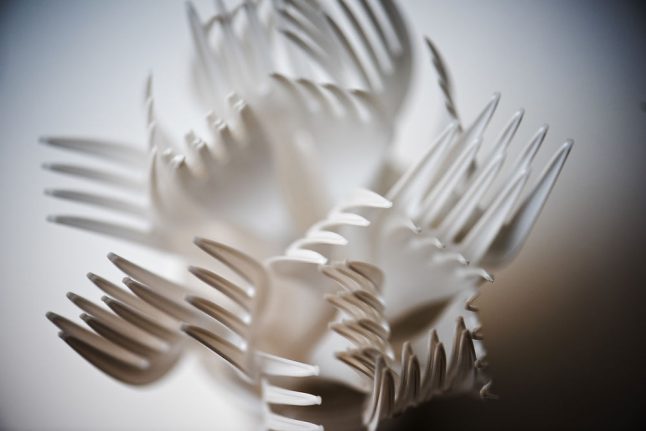 More recycling of plastic could benefit consumers and businesses as well as help protect the natural environment, according to the report, which was produced by the public Innovation Fund Denmark in partnership with consultancy firm McKinsey.

Up to 1.6 billion kroner could be earned annually if all plastic in the country was recycled, the report found.

“Denmark is very, very bad (regarding) reusable plastic, and that is because, for many years, we have burned our waste using incinerator plants,” Innovation Fund Denmark director Peter Høngaard Andersen said.

“The problem is that plastic is not being reused, so we are producing more CO2 than we should,” Andersen added.

Almost 60 percent of all Danish plastic waste ends up at incineration plants.

In order to reduce that figure, analysts suggest using a similar method to the current ‘pant’ system, in which a small surcharge is paid on purchases of bottles and cans.

The surcharge, or deposit, is paid back to consumers when bottles and cans are returned via specialised machines, which are located at most supermarkets.

That would not necessarily mean ‘pant’ being applied to other types of packaging, but applying more charges to plastic packaging would give companies greater incentive to reuse.

“This is about collecting, reusing and recycling (plastics) into new packaging, like with bottles and cans,” Andersen said.

Business and households produce 340,000 tonnes of plastic waste annually, the equivalent of around 60 kilograms per person.

“As a consumer you can be aware about avoiding using plastic as much as possible,” he said.

“That could mean purchasing meat wrapped in paper instead of plastic, or consciously sorting waste,” he said.

The 1.6 billion-kroner figure given in the report is attributed to savings that could be made from reduced imports of plastics and oils used in their production.

Gains are also to be made from jobs created by finding more ways of reusing plastic.

The European Union has a target of 50 percent of all plastic coming from recycling by 2050.

The conclusions of the report are to be presented at a conference at UN City in Copenhagen on Thursday.

READ ALSO: Danes are sorting more plastic waste than ever before, but very little gets recycled