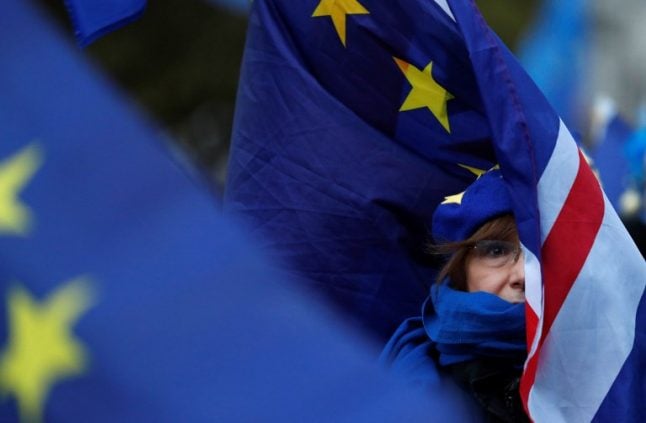 The cross-party group of MEPs wrote as Prime Minister Theresa May faces a probable defeat on Tuesday when British lawmakers vote on the Brexit withdrawal plan.

Speculation is rising that Britain will have to ask Brussels to pause the “Article 50” process that will see it leave Europe on March 29 with or without a deal.Officials say EU leaders, who signed the withdrawal agreement with May in late November, may agree to extend the deadline to avoid a disruptive breakdown in ties.

A European Court has ruled Britain could unilaterally revoke the decision to launch the two-year withdrawal countdown if it decides to abandon Brexit altogether.

But a delay to allow May time to win over sceptical MPs — or to organise an election or a second referendum — would need to be unanimously agreed by EU leaders.

The European lawmakers, including socialist group leader Udo Bullmann and the Greens' Philippe Lambert, said they would support such a delay.

“Any British decision to remain in the EU would be warmly welcomed by us,” the signatories said in the letter, which was published in German media on Saturday.

“We have greatly appreciated the enormous impact British politicians and citizens have contributed to the European project,” they said.

“We would miss the extraordinary expertise of our British colleagues… Brexit will weaken all of us. We want you to stay.”

Even if the March 29 deadline date is pushed back, Brexit would complicate planning for the European parliamentary election that begins on May 22. Britain may have to expect a new batch of MEPs if Brexit hasn't happened, and EU officials want the process finished before a new parliament sits.

“If the UK is still in the EU during the European elections, then they'll have to organise a vote,” a European diplomatic source told AFP.

“It would be a strange situation, because British MEPs would only sit provisionally for a limited period.”

The diplomat said much would depend on the scale of May's expected defeat. It the vote is close, Europe might give May a chance to win over more British MPs — but if she is crushed then Britain could leave on March 29
without a deal.