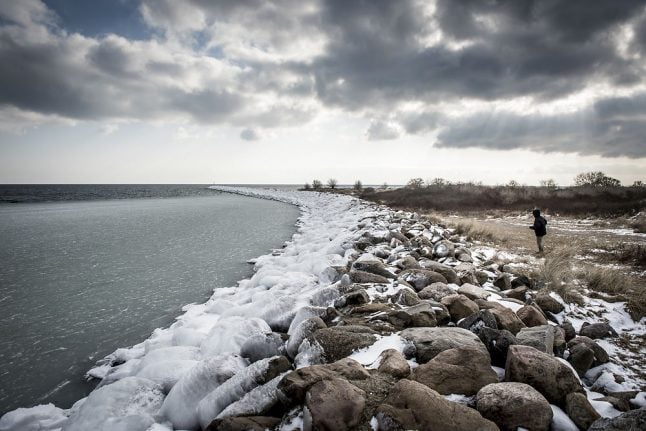 Cold temperatures as well as wind and rain are forecast by meteorological agency DMI.

“(The weather) will be a mixed bag, with air masses filled with cold reaching the country,” DMI’s meteorologist Martin Lindberg said.

A strong wind is expected to be felt across most of the country on Friday, while cold temperatures during the night are likely to result in frost in West Jutland, parts of Zealand and on Bornholm. Temperatures are predicted to range between -2°C and 3°C.

Daytime temperatures are forecast at 3-8°C.

“The weather could well be unpredictable. Strong winds are coming from the west and northwest, and this can give different weather patterns. But it will be windy,” Lindberg said.

Saturday will be rainy as well as windy, with wet weather likely to continue into Sunday before clearing later in the day.

Towards the end of the weekend, a low pressure front north of the Faroe Islands is expected to move across southern Norway, reaching northern Denmark by Sunday afternoon.

“That could result in very strong gusts of wind reaching gale force on the west coast,” Lindberg said, noting that the exact course of the front was not certain, and that the nature of winds could therefore vary from the current prediction.