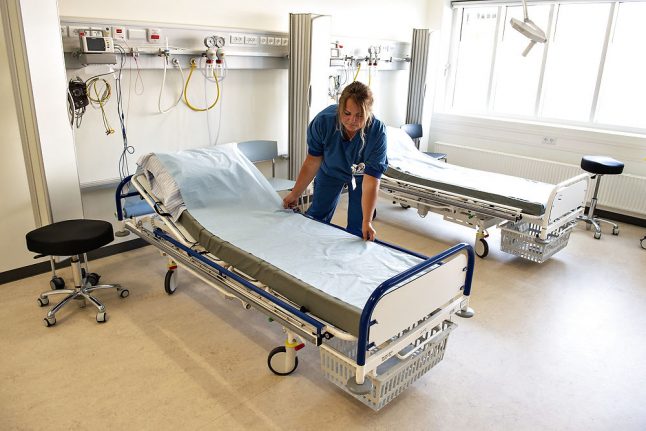 While government party Liberal (Venstre) will hold senior-level talks on how it sees the future of Denmark’s five ‘regions’ on Friday, parliamentary ally the Danish People’s Party (DF) says it expects the current system to be replaced.

“I expect that if a major new plan is presented, as there has been much talk of, this will involve scrapping the regions,” DF health spokesperson Liselott Blixt said.

The Liberal party is reported to be split over the idea, while the two junior partners in the coalition, Liberal Alliance and the Conservatives, both support replacing the regions with a new system.

The five Danish regions – North Jutland, Central Jutland, Southern Denmark, Zealand and the Capital Region – came into being on January 1st, 2007. They are administrative bodies primarily concerned with health care, welfare and social development, and representatives are appointed every four years via elections. They are separate from municipal councils, for which elections are normally held at the same time.

A government plan for the future of the health service is expected to be presented later this month.

Prime Minister Lars Løkke Rasmussen said in his New Year’s speech that healthcare reforms would be a priority for the government in early 2019, but did not name the regions specifically.

“I will present my ideas for justifiable improvements based on 21 new localised health communities, built on the skills of healthcare workers and where we put the needs of the patient before the system,” Rasmussen said.

The 21 ‘communities’ would provide connections between hospitals, municipalities and GPs, according to comments by the PM in his parliamentary opening speech in October.

Although few specific details of the reform have so far emerged, reports have suggested that the presence of elected officials in healthcare administration will be discontinued in the new structure.

But representatives, including from Rasmussen’s own party, who currently serve on regional bodies have warned against such a step, notably in a joint opinion piece by regional council chairs which was published by newspaper Politiken on Thursday.

The health reform issue could put pressure on Rasmussen with this year’s general election, which must be held no later than June, just over the horizon.

“It has simply taken too long from the announcement of the reform to the details being made public. That means critics have been able to dominate the discussion unopposed,” Helle Ib, a poitical commentator with newspaper Berlingske, said.

“This is a terrible start for Løkke to a reform which we know is intended as a type of election run-up, because it is going to be so close to the general election,” Ib added.