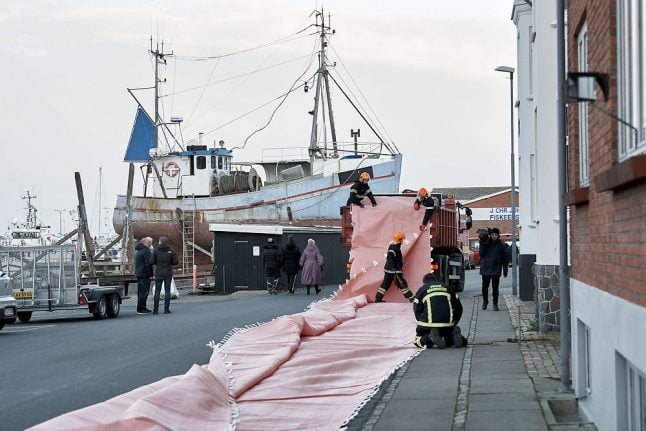 The Danish Meteorological Institute (DMI) has warned that flooding is likely and measures are being taken to protect sections of the coast on Funen, the country’s second-largest island.

“Additionally, we have – particularly in relation to Odense – strengthened a dyke in a specific location to protect a health centre from the high water,” Bjerregaard said.

The fire service is also preparing to pump water from the moat in Nyborg on Tuesday evening.

“We have been given assistance in setting this in motion,” Bjerregaard said.

The new alerts of high water levels follow a number of instances of flooding in southern parts of Denmark last week.

On its website, DMI states that water levels are expected to reach between 125 and 140 centimetres above normal in the southwestern Kattegat sea, the Great Belt strait and in the north of the island of Lolland.

High tides are expected to be reached between Tuesday evening and Wednesday morning. Flood warnings are normally issued when water reaches 125 centimetres above normal levels.

Odense’s fjord is expected to see as much as 150cm above normal levels, while Zealand’s Isefjord and Roskilde Fjord waterways may see a rise of up to 120cm.

But DMI’s duty manager Klaus Larsen said the situation is not expected to be as critical as that seen last week.

“That is for two primary reasons. We have had strong winds for a shorter amount of time; and the wind pressure on the Baltic Sea is reduced in relation to the Kattegat,” Larsen said.

“So there are two water masses meeting in the southern part of the country, and there probably won’t be quite as much water from the Baltic Sea,” he added.

The Wadden Sea, to the south-west of Denmark, was expected by DMI to reach 220cm above normal levels at Tuesday afternoon’s high tide.

But that is not enough to result in flood warnings in this part of the country, where an increase of 240cm is required for such an alert, Larsen said.

But changes on the path of the low-pressure front currently moving across Denmark could yet affect the levels reached by waters, DMI notes.