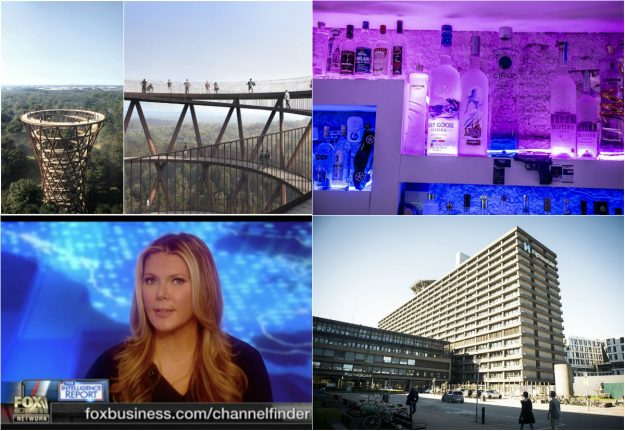 Denmark often manages to grab the attention of bigger or far-off countries. There are various ways in which it does this: be it green energy or tough immigration policies, or perhaps just because of something a bit bizarre.

We’ve put together a list of some of our most-read news stories on five different subjects this year, reflecting the times when Denmark found itself in the international spotlight. Some of them may surprise you.

Domestically, there’s often a lot of disagreement in Denmark over whether the country is doing enough for the environment. But it’s the occasions when Denmark tries to be a frontrunner on the issue that seem to be most-noticed. In October, the government announced it wanted to label foods with their environmental impact. The story was our most widely read environmental article this year.

Denmark to label food according to effect on climate The government makes no secret of its policy of keeping a tight lid on asylum and sometimes passes laws which are so controversial, they receive intense coverage from international media. The two stories which embodied this in 2018 were the ban on wearing face-covering garments in public, commonly known as the burka ban, introduced on August 1st; and the more recent decision to banish to a deserted island people sentenced to deportation after being convicted of crimes. Meanwhile, skilled foreign nationals will see their futures in Denmark become less secure with new rules restricting access to state-supported unemployment insurance.

The most-read immigration story this year on our site, however, was the introduction on July 1st of a rule forcing people who have lived in Denmark for over three years to pay for interpreters if required during medical treatment. Denmark responds to 'fake news' as only Denmark can

In August, Fox Business Network host Trish Regan claimed Danes are work-shy and slow at finishing their education, and likened the Scandinavian country to crisis-hit Venezuela. A clip of Regan’s anti-Denmark monologue spread on social media and Danish Twitter users, politicians and ambassadors were quick to reject the claims of the US cable news host, often with the sense of irony Danes pride themselves on.

Our article pointing out the factual errors in Regan’s tirade was one of our most-visited pages in 2018. Denmark is becoming more attractive to tourists – not least in December, when the festive atmosphere during Tivoli’s Christmas opening draws plenty from English-speaking countries. Copenhagen had the honour this year of being named Lonely Planet’s top city to visit in 2019.

It’s not just the classic sights that are helping the country make a name for itself amongst travellers, though. In May, we wrote about an innovative 45-metre-high spiral observation tower being built – from wood – in the Gisselfeld Klosters Skove forest. The story was our most popular tourism article this year. At the very beginning of the year, a vodka bottle claimed to be worth over a million euros was stolen from a collection in Copenhagen. The bottle was later recovered – after thieves appeared to have decided to keep the least valuable part of it for themselves.

The vodka saga was our most-read offbeat story in 2018.

READ ALSO: Ten of the best: weird and wonderful Danish news stories from 2017