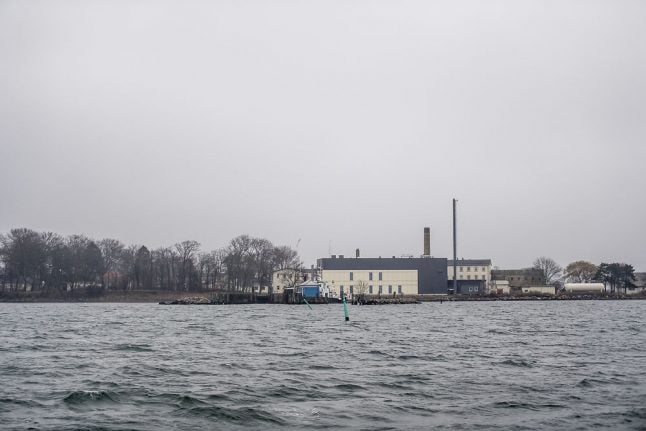 Those selected will live in buildings once used by scientists for research on infectious diseases in animals.

The proposal has brought thousands of Danes out on to the streets to protest and made headlines around the world.

But the measure is part of a clear message from the government to foreigners: we don't want you.

To get that message across, the government has multiplied the obstacles for would-be immigrants and introduced almost 100 amendments restricting the rights of migrants.

This proposal is the latest in a long series.

The island exile idea was proposed by the populist, anti-immigration Danish People's Party (DF), which is not part of the government but a parliamentary ally whose support is required for the parliamentary majority needed to pass legislation.

The “unwanted” migrants who will live there include those with criminal records in the process of being deported, said a government statement.

Others include those already rejected for refugee status, but who cannot be deported for reasons including security concerns. Reasons for being unable to deport an individual include that person being stateless or because no readmission arrangement exists between Denmark and their home country.

Controversial Immigration Minister Inger Støjberg of the conservative Liberal (Venstre) party, which leads the coalition, put it more bluntly in a Facebook post.

“If you are unwanted in Danish society, you should not be a nuisance to ordinary Danes,” she wrote.

“They are undesirable in Denmark, and they must feel it!”

“The Danes, they are quite welcoming,” said, Dejene, a 30-year-old asylum seeker from Ethiopia at Trampoline House, a support centre in Copenhagen for refugees and asylum seekers.

“But the system, that's really another story,” he added. “They say out loud they don't want us here. This country is not for foreigners.”

Since the 2015 surge in refugees making the perilous Mediterranean crossing into Europe, the Danish government has steadily and vocally hardened its line on immigration.

In 2015, the government ran adverts in the Lebanese press warning would-be immigrants that Copenhagen was toughening its conditions.

The next year, it approved measures including the confiscation of cash and valuables belonging to migrants, and an extension from one year to three for family reunifications.

And it has suspended its participation in the UN refugee agency programme, under which countries accept a quota of refugees.

Denmark has a population of 5.8 million and 8.5 percent of them are of “non-western” origin, according to the national statistics institute.

And with elections due next year, the government's aim is clear: refugees have to know that they cannot stay forever.

The latest proposal to go before parliament makes further cuts to benefits to foreigners.

Newly-arrived refugees and others who do not fulfil requirements for full social welfare receive the so-called integration benefit (integrationsydelse). That payment is reduced in the new budget by 2,000 kroner (267 euros) per month for single parents, or 1,000 kroner per month (133 euros) per working parent in a family.

Meanwhile, the name of the payment has been changed, removing the word ‘integration’ and instead terming it a “self-sufficiency and return” payment (selvforsørgelses- og hjemrejseydelse) for those given refugee status.

That reflects the DF position, now also adopted by the government, that refugee status should be temporary and withdrawn once Denmark's international obligations make this possible, the budget agreement text sets out.

“They have to go home and help rebuild their countries as soon as possible,” said DF’s migration spokesperson Martin Henriksen.

“This is a fair and reasonable principle.”

For Demetrios Papademetriou of the Migration Policy Institute, Denmark's policies are at the extreme end of a Europe-wide trend.

“The Danish government's official behaviour toward migrants is an exception in its toughness and intolerance,” he said.

And while it may not be part of the government, the engine behind many of these changes has been DF, Papademetriou added.

“No other party that opposes immigration in Europe has been as successful in shaping national policy on all migration-related issues as deeply, or for as long a period of time,” he said.

“Danes don't demonstrate in great numbers very often,” she said. “It seems people across Denmark feel the politicians are going too far.”

With elections just a few months away, latest polls suggest that DF has 18 percent support, maintaining its position as the second-largest party in the country.