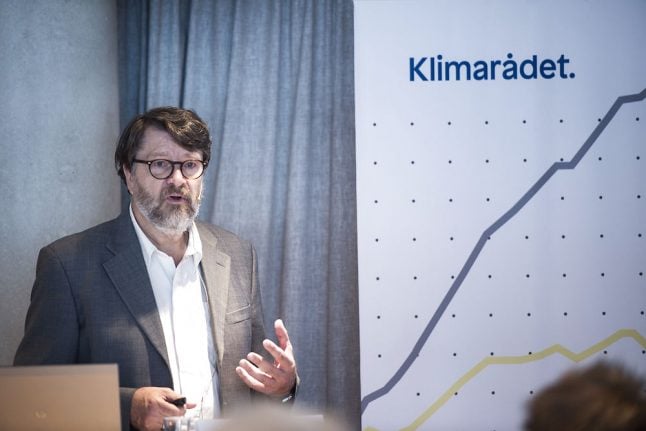 Last week, Peter Birch Sørensen left his role as chair of the council, the government’s watchdog on climate.

That came after a public disagreement between Sørensen and environment minister Lars Christian Lilleholt. Sørensen called the government’s climate plan “unambitious” with Lilleholt responding by rejecting the criticism as “nonsense”.

Sørensen has now spoken out to say that the disagreement between him and Lilleholt goes deeper and further back than last week.

“We were critical in the first report we gave (the government) back in 2015, and the minister expressed his dissatisfaction with our conclusions then,” Sørensen said in an interview with Politiken.

The problem is reported to have stemmed from a 2014 agreement by the previous centre-left government to reduce Denmark’s CO2 emissions by 40 percent by 2020.

The climate council used that agreement for its first report, but by the time it was completed, Lilleholt’s Liberal (Venstre) party was now in government.

“A discussion occurred between me and the minister,” Sørensen said.

“The minister was of the view that, since we were advisors to the government, we should advise on the targets set by that government, and that it therefore was not relevant for us to make criticisms over the failure to live up to the 40 percent target,” he said.

As an independent organisation, the Danish Council on Climate Change is free to decide what to report on and ministers cannot demand the organisation shelve or take up any particular direction.

Lilleholt told Politiken that he did not agree with Sørensen’s version of events, but admitted he had disagreed with the former climate council head.

“It is correct that the Danish Council on Climate Change in 2015 chose to evaluate the sitting government on whether we were meeting the previous government’s targets. The council is entitled to do that, but I think it would perhaps have been more relevant to be given good advice on future policy – I think that would have served the climate better,” the minister told the newspaper via email.

He stressed that the council should “have full freedom at any time to produce recommendations for the sitting government”.

Michael Gøtze, a professor in administrative law at the University of Copenhagen, said the issue was concerning.

“If what happened is as described [by Sørensen, ed.], the minister has gone a step too far. It is one thing to disagree, but pressure and a direct request to not look at a particular area is a no-go,” Gøtze told Politiken.

“The minister has to respect rules on independence,” he said.

Social Democrat spokesperson for the environment Jens Joel told Ritzau he would call Lilleholt to a parliamentary hearing over the issue.

“We need to know whether the government tried to orchestrate what comes out of the climate council. This seems serious,” Joel said.