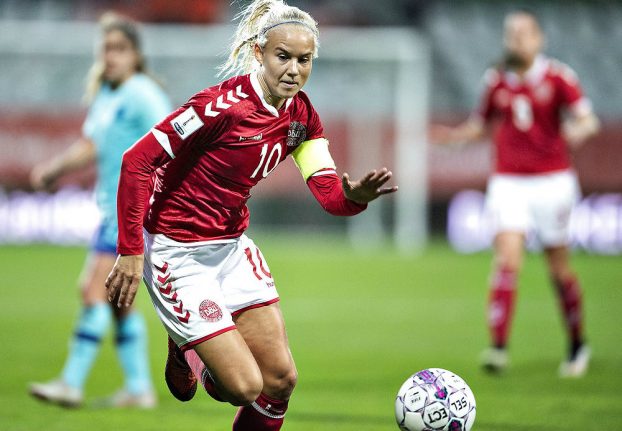 British newspaper the Guardian, which has counted down its list of the top players in the women’s game in recent days, named Harder as its no. 1 on Friday.

2018 was a “virtuoso year for the Dane, who was the focal point for both club and country,” the newspaper wrote.

“With her ability to beat players, her technical prowess and her eye for goal, Harder is now arguably the most complete women’s footballer in the world,” the review continued.

Disappointment over Denmark’s failure to qualify for next year’s World Cup was offset on a personal level by Harder’s accomplishments as leading goalscorer in the German Bundesliga as her team, Wolfsburg, won the 2017-18 championship, it added.

She also scored in the Women’s Champions League final, although Wolfsburg eventually lost 4-1 to French side Lyon, for whom Norwegian Ballon D’Or winner Ada Hegerberg was one of the goalscorers.

Harder lost out narrowly to Hegerberg in the vote for the France Football world player of the year award, which was expanded to include the women’s game for the first time this year.

Harder, 26, has played 105 times for the Danish national side, scoring 53 goals, and was a star player in the run to the final of the Euro 2017 championships.

But the team will not compete at the 2019 World Cup after a 4-1 aggregate defeat to the Netherlands in a play-off in October.