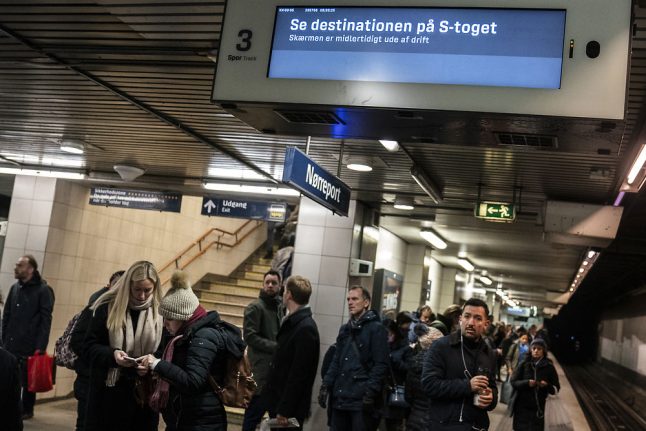 The industrial action by drivers was supported by staff at Copenhagen Central Station, who blocked access to the city’s main rail hub for over half an hour, Politiken reports.

Simultaneously, construction workers at the adjacent Bernstorffsgade road blocked traffic around the station by parking vehicles across roads, also in support of the DSB employees.

The protest caused traffic chaos for motorists and bus passengers in the busy area during rush hour.

The action took place between 7am and 9am and is the fourth time in November that DSB services have been disrupted by industrial protests carried out by train or S-train drivers.

DSB tweeted later on Friday morning that S-trains had resumed services but warned of possible delays or cancellations. The operator was unable to say how long it would take for services to return to normal.

Intercity and regional trains, which have been affected on previous occasions, are not delayed by Friday’s disruption, a DSB press spokesperson told Politiken.

The dispute between DSB and its staff is a result of a divergence between the two parties over working hours. The Arbejdsretten industrial court ruled on Thursday that the three previous walk-outs by staff were in breach of employment terms. Train drivers who took part may therefore face sanctions in the form of fines.