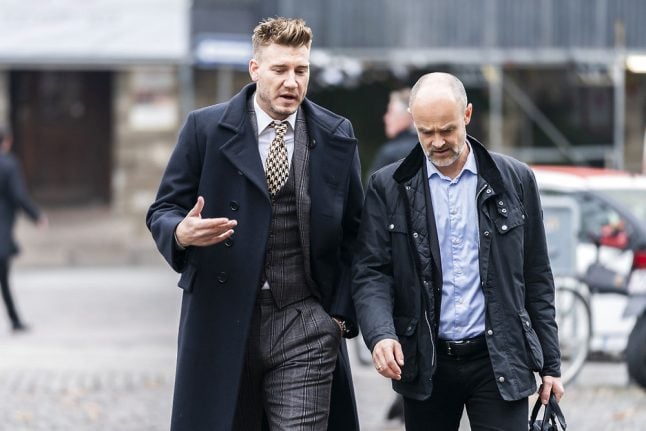 “The footballer is withdrawing his appeal. The public prosecutor of Copenhagen believes that there is not sufficient reason to maintain his appeal. The verdict therefore enters into force,” tweeted the prosecution.

Bendtner was found guilty earlier this month of assaulting a taxi driver, the victim reportedly suffering a broken jaw.

The player claimed he was acting in self-defence.

“Nicklas does not agree with the decision of the court but decided to put the case behind him and focus on his club and his family,” his lawyer Anders Nemeth told Danish news agency Ritzau.

It was not immediately clear if, or when, the striker would serve his time in prison. In Denmark, someone sentenced to less than six months may be placed under electronic surveillance.

The former Juventus and Arsenal forward now plays for Rosenborg in Norway.

His off-field behaviour has got him into trouble in the past.

In 2013, while at Juventus, he was slapped with a 110,708 euro fine and stripped of his driving licence for three years after being caught drink driving.

He missed the 2018 World Cup because of injury.