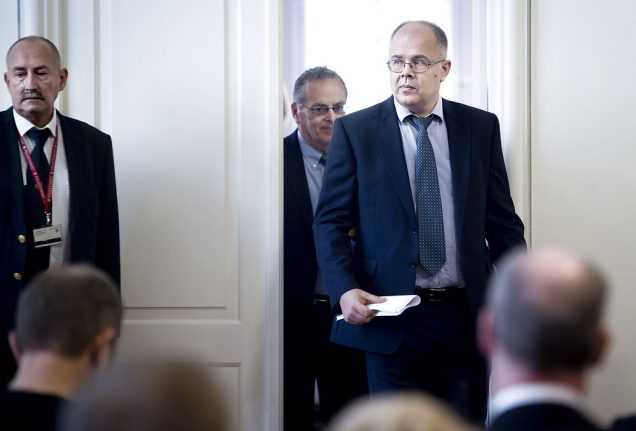 “It's fundamentally unclear to me … why the executive board didn't take action,” Howard Wilkinson, the British former head of the lender's market business in the Baltics, told parliament's Business, Growth and Export Committee.

More than 1.5 trillion Danish kroner (201 billion euros) transited through the Estonian subsidiary of Danske Bank between 2007 and 2015, according to an outside law firm that carried out a probe for Denmark's largest lender.

Danske Bank has said it is impossible to say how much of the gigantic sum was dirty money, but has admitted that many of the suspicious transactions could be “criminal”.

Of the around 15,000 accounts under investigation — which Danske Bank closed in 2015 — 6,200 are considered suspicious and most of them have been brought to the attention of the authorities.

The bank has been unable to specify exactly where the money came from. It has said 23 percent of the incoming funds were from Russia.

In his whistleblower report, Wilkinson, who was head of Danske Markets in the Baltic from 2007 until his resignation in 2014, described how the Estonian branch handled customers associated with top Russian politicians and companies based in Denmark.

“We're not only talking about dirty money going through Danske in Estonia, there are two other Danske units involved, Lithuania and Denmark,” Wilkinson told the committee.

“The money moved from left to right and no one really knows where all of this money really went.”

He called for a “formal investigation (into) how (Denmark's) Financial Supervisory Authority regulated Danske Bank in relation to Estonia from 2007.”

Also speaking before parliament, the bank's interim chief executive, Jesper Nielsen, acknowledged there had been a “lack of focus and understanding about the scope of the problem”.

But he reiterated the bank's position that there was nothing to indicate that Danske employees had been involved in any wrongdoing.

Wilkinson said he knew more details but was prevented from telling all because of a confidentiality agreement he signed with the bank.

He said he feared for his own well-being after coming forward.