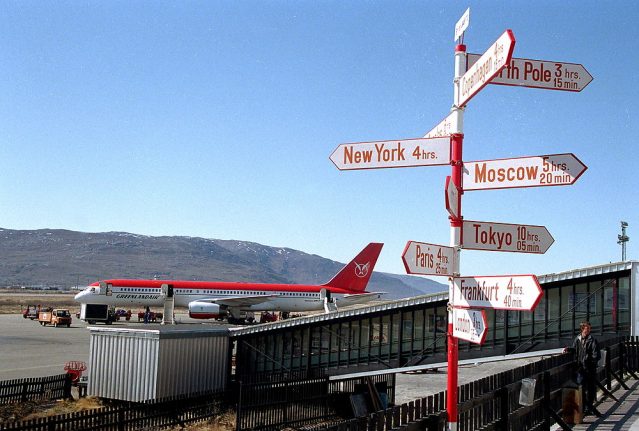 Two airports — in the capital Nuuk and in the tourism centre Ilulissat — will be substantially upgraded, making it possible to fly directly to Greenland from Europe and North America.

A new national airport will be built in Qaqortoq in the south.

Greenland is an autonomous Danish territory. The plans have been controversial because of Copenhagen's direct financial involvement.

The project is estimated to cost at least 3.6 billion kroner (482 million euros).

Almost 20 percent of the financing will be provided by Denmark, which contributes 3.6 billion kroner to the island's annual budget.

Parliament adopted the proposal late Thursday with 18 out of 29 votes.

In September, the project plunged Greenland into a three-week political crisis, with an independent supporting party quitting the government coalition in protest against Denmark's involvement.

The social democratic Siumut party, which has dominated Greenland politics for four decades, was ultimately able to cling to power with a new, narrower majority.

“We are creating lots of opportunities for Greenland's future. We are not selling out,” Prime Minister Kim Kielsen insisted in parliament's debate, local television KNR reported.

The three airports will serve the main population centres of the island, which is home to 55,000 people spread out across an area more than four times the size of France.

Smaller communities have meanwhile complained they will remain isolated.

In addition, “other risks have also been raised, like the reaffirmed presence of the US military, which not everyone sees as a positive thing, and the environmental risks brought on by better international connections,” Mikaa Mered, a professor of Arctic geopolitics at the ILERI School of International Relations in Paris, told AFP.

Since 2009, Greenland has been largely independent when it comes to its economic policy but foreign and defense issues remain under Copenhagen's control.

“The big winner in this affair is Copenhagen. Both on the political, economic and geopolitical levels, Copenhagen is strengthening its positions across the board, vis-a-vis China and the triangular alliance with Washington,” Mered said, referring to Beijing's eagerness to invest in the Arctic which has raised concern in the US.

Construction of the airports is scheduled to be completed by 2023.