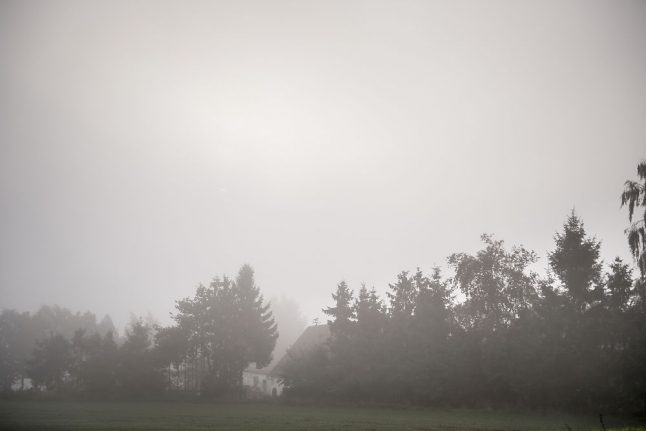 With fog over most of the country on Friday morning, the sun is not expected to break through, according to national meteorological institute DMI.

“It will be a fairly drab weekend, but on the positive side, it will be warm, so we will avoid frost at night,” DMI meteorologist Henning Gisselø told Ritzau.

“There will be some rain coming from the south, so it will generally be grey, and there will also be wet weather in the west,” the meteorologist added.

Friday’s temperature will remain at around ten degrees Celsius across the country, with a mild to moderate southeasterly wind.

Only a small drop to 7-8°C is expected during Friday night.

“Saturday will also be grey across the country, and there will also be some rain from the west during the afternoon,” Gisselø said, adding that the rainfall is not expected to be heavy.

Saturday will, in fact, be slightly warmer than Friday at 12°C, according to DMI’s forecast.

The wet weather will continue to move eastwards on Saturday night and Sunday morning.

“But it may then clear up a little in the southeast, and there is a chance of some sunshine on Sunday afternoon,” Gisselø said.

But only southern Zealand and the islands of Lolland-Falster and Bornholm can expected to see any glimpse of the sun, he added.

“The rest of the country will actually have some rain during (Sunday) afternoon,” he said.

Sunday’s temperature is forecast at 10-13°C.