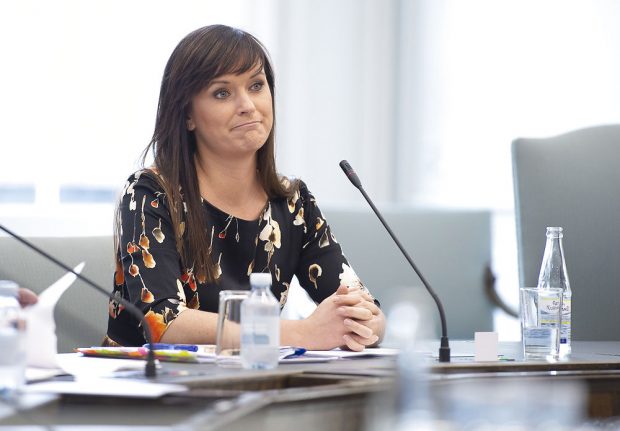 The government will no longer use the bank to make state payments if it is found guilty of money laundering, according to the minister.

Løhde was on Wednesday called to a parliamentary consultation over the state's contract with Danske Bank after reports that the bank, Denmark’s biggest lender, laundered vast amounts through its branch in Estonian capital Tallinn.

Investigators in Denmark, the United States, Brussels and London are looking into activity at the Estonian unit between 2007 and 2015.

Danske Bank has acknowledged that much of the approximately 200 billion euros that went through the branch during that period may need to be treated as suspicious in origin.

“We have inserted a clause in the contract that will cease the agreement with a bank if the bank is found guilty of laundering,” Løhde said.

“A final decision would naturally be dependent upon the nature of any verdict,” she added.

“But if a serious sentence for money laundering is given, my initial response would be that the state should withdraw from the contract,” the minister said.

Danske Bank has been responsible for state payments since October 2008 and was awarded a new contract in October, extending its right to transfer money on the state’s behalf until 2023.

The bank will earn just under 50 million kroner over a four-year period for the work.

No other bank submitted a bid for the government contract.

Løhde said the decision to renew the contract was entirely regular, and stressed that the Ministry of Finance’s Agency for Modernisation insisted on the clause enabling the state to withdraw on the contract should a money laundering verdict be reached.

“The decision was made to do this prior to the summer break, which I think is a sign of timely concern,” she said.