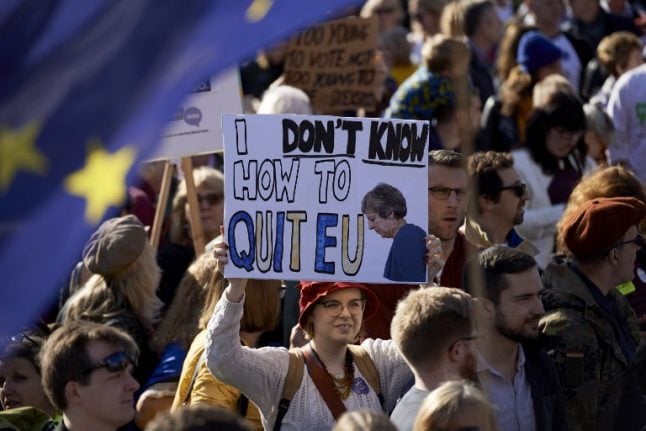 Photo: AFP
“There have been suggestions that citizenship rights should be ring-fenced. This should be a serious consideration in case of a no-deal Brexit,” Michaela Benson, a professor at Goldsmiths University in the UK and a sociologist investigating British communities in Europe, told The Local.
The text agreed on in March this year by the UK and the EU, known as the Withdrawal Agreement, was widely derided at the time for its watering down of citizenship rights, in particular the loss of freedom of movement for British citizens in the EU post-Brexit.
Jane Golding, chair of grassroots rights group British in Europe, noted at the time that Cheddar cheese could end up having more rights than British citizens.
Fast forward seven months and Brits in the EU and member state citizens in the UK – between 5 and 6 million people – have more to fear in what the British government continues to call “the unlikely scenario” of a no-deal Brexit.
READ ALSO: “If the Withdrawal Agreement is ripped up, British citizens would overnight find themselves as third country nationals. That is why it is vital they demonstrate lawful residency now,” Benson told The Local.
As third party nationals they would come under the jurisdiction of the domestic migration governance regime and their migration would no longer be governed by EU law.
In such a scenario, “it would be surprising if Brits as migrants were not subjected to visas,” said Benson, “a much more complicated system.” It is also unlikely that Brits would then be afforded any special terms as third party nationals – besides those applying for specialist visas (investment, talent, student, IT etc) – as there is no legally binding mechanism for such preferential treatment.
Many Brits are racing to gain dual citizenship in their host state, or to amass the right paperwork. But as Benson said, “seasonal workers will be hit hard” by any agreement.
“Younger, itinerant people will find themselves not covered,” said Benson.
The Withdrawal Agreement entitles settled Brits who can prove five years of lawful residency in a host state to a residency card and at least another five years of residency in that country beyond the transition period. But the agreement so far on citizenship rights is dependent on the EU and the UK reaching a broader agreement on trade, regulation, the Irish border and many more issues.
In a letter last month to the EU and UK negotiating teams, British in Europe and the 3 Million pleaded for citizenship rights to be ring-fenced. Photo: Depositphotos
“You jointly have it within your powers to end this nightmare immediately for over 4 million of us, by taking the true moral high ground and publicly committing to honouring these agreements on our rights – whatever the outcome of the rest of the negotiations,” states the letter.
Given the generous proclamations that both sides have made vis-a-vis maintaining the rights of their negotiating counterpart’s community, it would be farcical if some sort of arrangement were not reached. Theresa May last month in Salzburg pledged to protect the rights of the three million EU citizens in the UK, “deal or no deal.”
France’s Minister for European Affairs Nathalie Loiseau told a meeting of French citizens in the UK that her country would remain “vigilant” of its citizens’ rights.
“We will be your advocates to make them (residency conditions) as flexible, as simple and as inexpensive as the British have committed themselves to,” Loiseau told the gathering in London last month.
The UK’s Ambassador to Spain Simon Manley called on Spain to reciprocate the offer. “We hope the Spanish government will offer a guarantee like we have done,” Manley told reporters early last week, according to Spanish daily La Vanguardia.
“There is a difference between saying things about British citizens and actually reaching out to them,” said Benson, noting that many EU states are yet to publish any guidelines for resident UK citizens.
“The French government has told Brits to apply for a carte de séjour and devolved instructions to councils to issues them to British citizens. The Netherlands have also been quite proactive,” Benson told The Local. Guidelines updated last week by the Dutch government encourage Brits to apply for an EU residence card, although this will expire on March 29th . “You may continue to live and work in the Netherlands after Brexit. But, this is not certain because there is no definitive agreement yet,” note those guidelines.
In many states though, a wait-and-see attitude still prevails – primarily because most countries need to know whether the Withdrawal Agreement governing future rights of citizens will take shape after March 29th or not. “We haven’t got any further on the outstanding issues. There is no solution to freedom of movement yet,” said Benson.
“The headline is still that there needs to be clear guidelines issued to British citizens and governments need to continue to issue those guidelines.”
If an agreement is reached, it could effectively create a two-tier status for Brits vis-a-vis their rights to settle in Europe.
“There is also the issue of how British citizens who have not yet exercised their treaty rights to freedom of movement will be treated in the future,” said Brexit Brits Abroad’s Benson. “Citizenship rights discussions are purely about people who have already moved.”
Earlier this year, Benson co-authored a report on the challenges of getting a good deal for British citizens in Europe.
As one official cited in Next Steps: How to get a good Brexit deal for British citizens living in the EU-27 states: “We still do not know what the rules will be in the end, so we cannot answer the questions very concretely.”
That report highlighted the difficulties many Brits could face, especially in countries where registration is not mandatory, to prove lawful residence if EU countries enact “retrospective as supposed to prospective” requirements for residency post-Brexit. 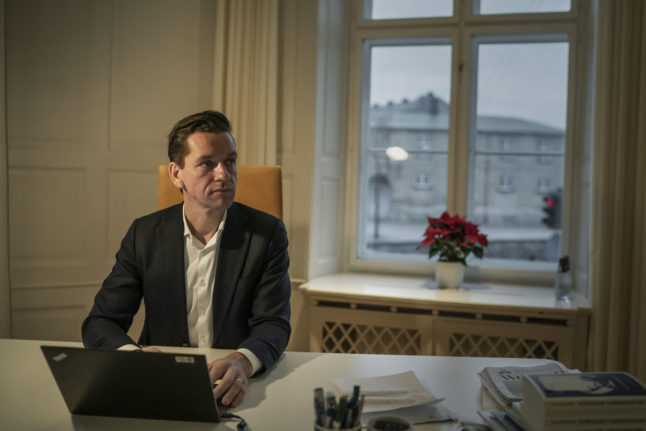 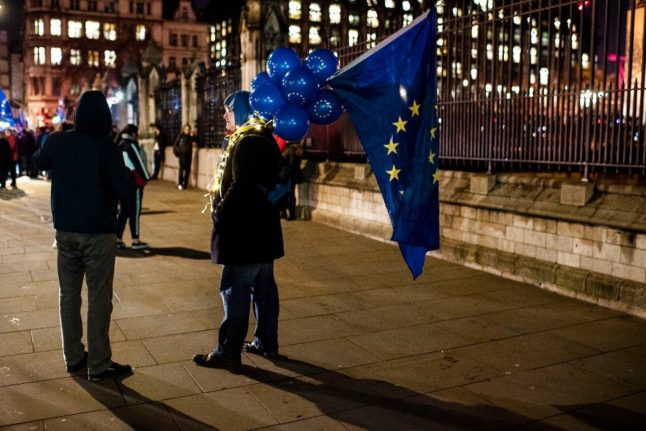