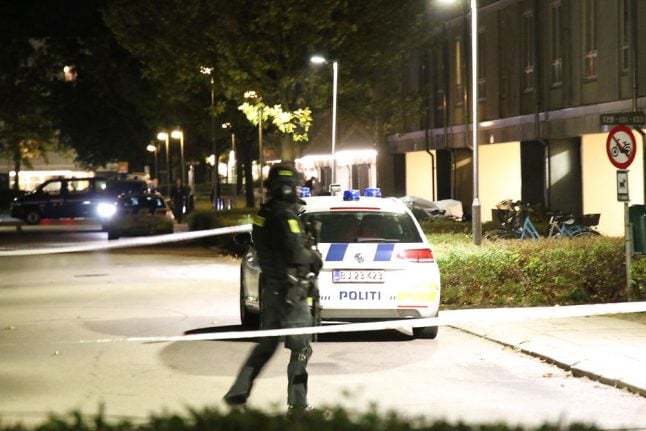 Police near the scene of the shooting in Holbæk on Tuesday. Photo: Mathias Øgendal/Scanpix 2018

A vehicle probably used to flee from the incident was found on fire, police said Wednesday morning.

A 19-year-old was shot on the shoulder Tuesday evening in an incident police suspect is linked to a conflict between two organised crime gangs.

“We cannot say anything about the motive, but there has been a series of incidents between a group of young people from the Vang district and the biker group Bandidos. That is the area we are looking at,” Central and West Zealand Police Superintendent Kim Lech told Ritzau.

Shots were fired deliberately at the 19-year-old from a car, Ritzau reports. The man’s condition is not critical.

Police said they would like to speak to two men were seen fleeing from the scene in connection with the incident.

The two are described as between 30 and 40 years old and wearing dark jackets with hoods.

“We are very interested in speaking with witnesses who might have seen or heard anything,” Lech said.

The men are suspected of then leaving the area by car, possibly a blue Ford Mondeo estate. Such a car was found ablaze at 4:30 am on Wednesday near the town of Næstved, some 60 kilometres to the south.

Lech did not confirm the car was the one connected to the incident.

“The car matches the information we have. We cannot connect it definitively, but it is reasonable to believe that there is a connection,” he said.

The 19-year old has been discharged from hospital but has shown limited willingness to tell investigators who shot him and why, according to police.

“But we know there have been several repeated and mutual incidents between the biker gang and youths from the Vang area,” Lech said.

A stop-and-search zone – similar to ordinances sometimes used in Copenhagen during spells of gang violence – is currently in place in Holbæk.

The shooting took place outside of the zone, which police will now reportedly consider extending. 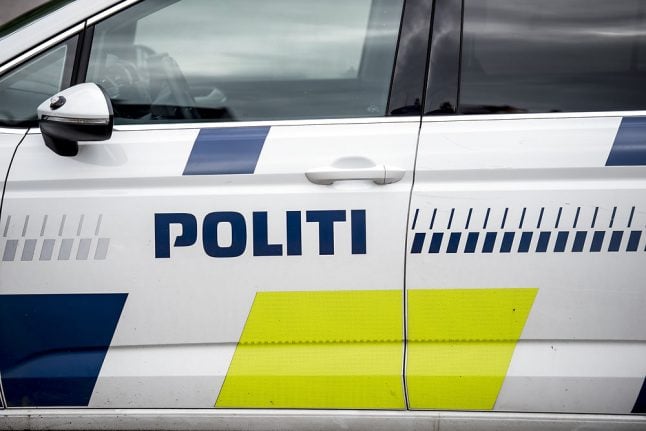 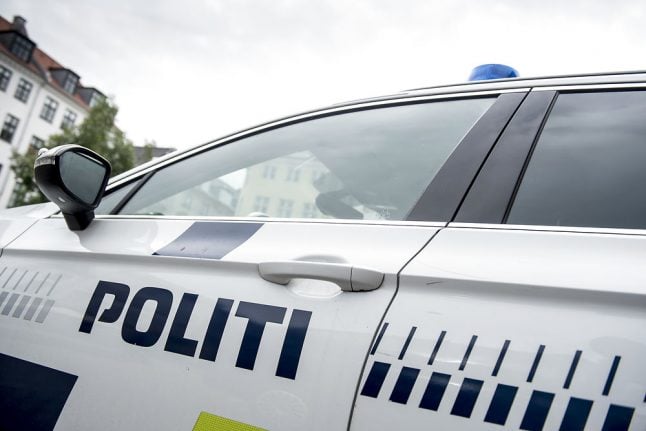