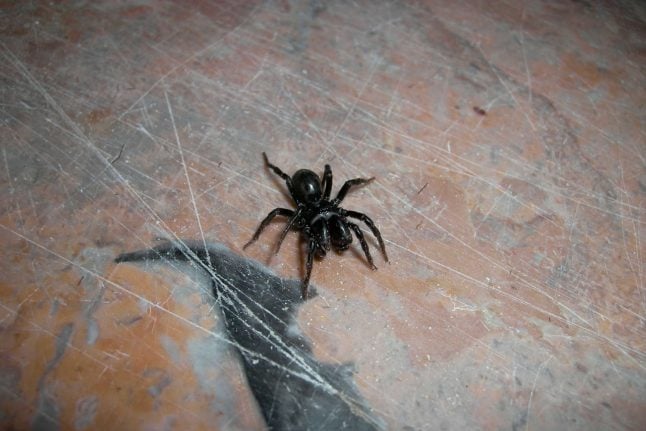 The atypical or northern tarantula (atypus affinis) is prevalent in Denmark’s natural areas at the current time of year, broadcaster TV2 reports.

The breed of spider is native to Denmark, but is normally hidden from plain sight, the broadcaster writes.

“The northern tarantula lives in Denmark, but is almost never seen because it lives in tunnels. It makes a smart little silk bag and lives down there,” biologist and public speaker Anders Kofoed told TV2.

“But in the autumn months, the males venture out. If the the males and females lived their whole lives underground, there wouldn’t be many spiders,” Kofoed added.

The arachnids are usually between 1-2 centimetres in size when found in Denmark, where they are relatively rare.

Although they have teeth, their bites are not dangerous to humans, Kofoed said.

“The actual venom is not much worse than a bee or a wasp,” he told TV2.

The spiders are thought to be most prevalent on the Baltic Sea island of Bornholm, and have also been observed in central Jutland, eastern Funen, on the islands of Samsø, Æbelø and Ærø; and in Røsnæs, a peninsula on the west coast of Zealand.

READ ALSO: Plague of wasps is sting in the tail for Danish pest control