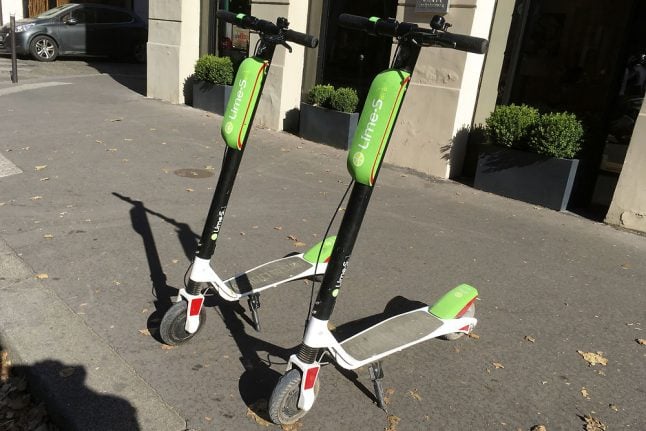 US company Lime will on Friday launch its electric scooters in the Danish capital. Users will be able to collect and use the two-wheeled vehicles around the city and deposit them at destinations within a designated zone.

Similar to DriveNow, the shared transport service for cars which also operates in Copenhagen, the service is operated by an app.

The scooters will cost 10 kroner to unlock and two kroner per minute to drive.

Although the scooters are being launched Friday, they are in fact not yet legal under Denmark’s traffic laws, according to the Danish Transport Authority.

Current regulation does not, however, prevent the American company from sending its first 200 scooters onto Copenhagen’s streets as part of a trial scheme.

“We are launching a small number as a pilot project so we are ready to go when the law allows it,” Lime’s European director Gauthier Derrien said according to Ritzau’s report.

“I tend to look forward instead of in the rearview mirror. I think that Copenhagen will be a fantastic market,” Derrien added.

Denmark’s regulations on the electric scooters could change in the near future.

Minister for Transport, Construction and Housing Ole Birk Olesen has already secured the necessary support of his ministry’s Transport Committee in order to put a bill forward providing for the scooter pilot project, the ministry confirmed in a press statement.

“I have… drafted the pilot project with the transport representatives [from other parliamentary parties, ed.] and am pleased to say that we can now send these proposals out for public reading,” Olesen said in the press statement.

Parliamentary bills in Denmark must pass an initial public reading stage before being read in parliament and finally voted upon.

The proposal allows for motorised scooters to travel at a maximum speed of 20 kilometres per hour.

Lime has defined a service zone in Copenhagen in which scooters can be parked after use. That zone covers most of the city, according to Derrien.

The Lime director did not rule out the service being launched in other Danish cities at a later date, but declined to comment further due to competitive considerations, Ritzau writes.

Lime has begun operations in over 100 cities in the United States, Canada and Europe since February this year.

READ ALSO: Driverless cars to hit the road in Denmark