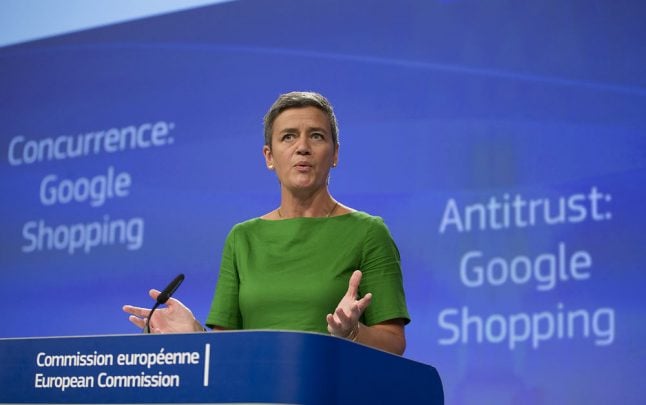 “My native member state doesn't seem to be, well at least not the government… doesn't seem too enthusiastic about giving me a second mandate” after next spring's European elections, Vestager said at a press conference in Paris.

And that is “an understatement,” she added.

Vestager served as Denmark's minister for the economy and interior affairs before being named for the EU competition job in 2014 by the country's Social Democrat-led government.

But after 2015 elections the right-wing Venstre party knocked out the leftist coalition and installed Lars Løkke Rasmussen as prime minister.

Vestager has emerged as one of the most high-profile commissioners after taking on US giants such as Amazon, McDonald's and Apple after determining they had abused dominant market positions.

In July her team levied a record fine of 4.34 billion euros against Google for unfairly promoting its search engine on mobile devices using its Android operating system.

In 2016 she ordered Apple to pay Ireland 13 billion euros in back taxes that the maker of iPhones and iPads had avoided through a tax deal with Dublin.

US President Donald Trump has reportedly dubbed Vestager the “tax lady” who “hates the US”.