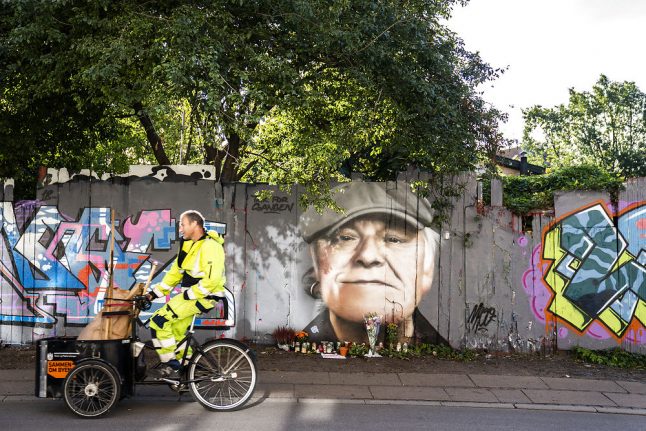 A mural of Kim Larsen on the outer fence at Christiania. Photo: Martin Sylvest/Scanpix Ritzau 2018

Playing at the Royal Arena in Copenhagen, U2 decided to pay tribute to Larsen, the former lead singer of the hugely popular band Gasolin’, who died on Sunday aged 72.

U2’s Bono dedicated Sunday evening’s concert to Larsen before reciting lyrics from the song ‘This Is My Life’, one of the Danish singer’s English-language hits, DR reports.

“This is my life/This is my time/You show me the light/And I go there/Give me the wine/Bitter and sweet/And a little bit of bread/That’s all I need,” Bono said as the arena’s big screen displayed a picture of Larsen.

The crowd reportedly broke into applause at the gesture.

The Irish band played at the Copenhagen venue, which has a capacity of 16,000, on both Saturday and Sunday. Although reviews were lukewarm, with Politiken calling the U2’s performance “neither relevant nor moving”, fans responded overwhelmingly positively after Bono’s gesture on Sunday.

Meanwhile, tributes to the hugely-popular singer appeared in Copenhagen on Monday. A mural of Larsen was painted on Christiania's outer fence.

At Christianshavn Square, passers-by placed flowers, cigarettes and bottles of beer in memory of the Gasolin' frontman. Larsen lived during his youth at nearby student accommodation Sofiegården, where his band played some of their earliest concerts.