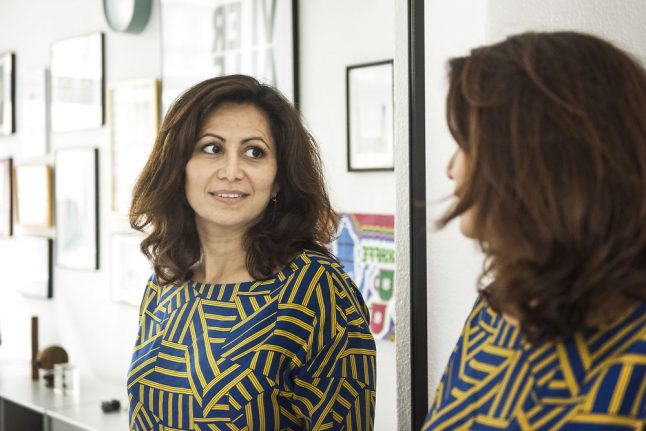 The popular TED Talks are often watched by millions after being posted on the organisation’s YouTube channel, and that could prove to be the case for Cekic after she spoke at the We The Future conference in New York earlier this week.

Despite the size of the stage, the key message was the same as that which 42-year-old Cekic, an MP with the Socialist People’s Party from 2007-15, has sought to promote for several years: people with opposing views should reach out to each other.

The core concept of Cekic’s ‘Dialogue Coffee’ concept is to “encourage people to reach out to those they disagree with most,” she told Ritzau earlier this week.

“We have to speak to each other so that we can build bridges between each other,” she added.

The idea was first reported in 2013, when she was still an MP. She has since met with people who attacked her in social media comments and private messages, often with highly aggressive language.

Once such exchange in 2017, in which she visited a man who sent xenophobic hate mail to her, received worldwide attention after being covered by the BBC.

The ex-MP has previously met both radical Muslims and neo-Nazis as part of the initiative.

She also often retweets social media comments and offers a response, most recently on Wednesday to a user who told her to “travel back to Turkey with a single ticket and preach to your Turkish and Kurdish compatriots”.

“In my Denmark there is space for everyone and freedom to waffle,” Cekic wrote in reply.

Former Socialist People's Party (SF) MP Cekic, a Kurd who was born in Ankara, moved to Denmark as a child. She qualified as a nurse in 2000 before entering politics in 2005, when she stood for election as an MP. She entered parliament in 2007 but lost her seat in 2015 as SF performed poorly at the polls.

She left SF in March 2017, citing the party's support for preventing unaccompanied refugee minors from entering Denmark – a position they later reversed.

The 42-year-old Muslim has stated her belief that religion and state should be separate.

Following her appearance at TED Talks in New York on Tuesday, people who heard the speech tweeted their praise.

A brave woman who reaches out to those who send her hate mail. She is Muslim, female, and former MP in Denmark. And did I say brave? @cekicozlem #WeTheFuture #UNGA pic.twitter.com/x2trvOpBKF

“TED is a huge platform and I have practised the speech for 1-1.5 hours daily since June. I'm used to giving speeches, but that's in my own language. I only learnt English three years ago,” she told DR following the speech.

“Conversation is universal. The problems are the same all over the world where we see demonisation of certain groups and trenches being dug,” she told Ritzau prior to the talk.

“That’s a message which is relevant in Kolding, Canada, New York and Ankara,” she said.

Cekic’s TED Talk will eventually be published on the organisation’s YouTube channel.