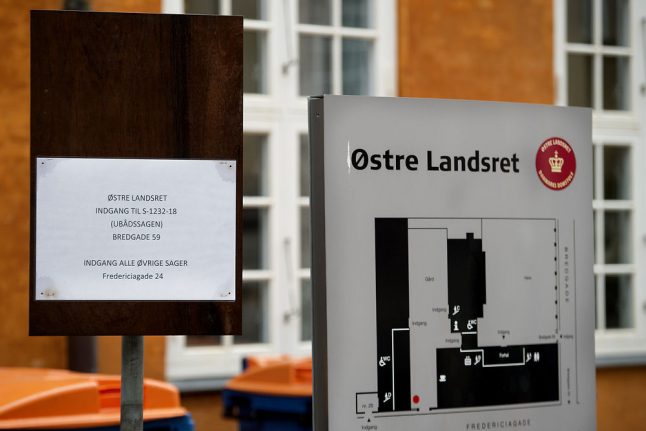 Madsen, 47, had asked the Copenhagen appeals court to reduce his life term, but did not appeal the district court's April 25th guilty verdict for the murder of 30-year-old Kim Wall.

The Copenhagen appeals court announced its verdict on Wednesday afternoon after the defence and prosecution presented final arguments.

The verdict had been expected on September 14th but the court had to postpone it after a lay judge collapsed in the courtroom.

He had asked the court to give him a lighter sentence, arguing that life behind bars was “disproportionate”. The amateur engineer has argued her death was an accident but admitted dismembering her corpse and throwing the body parts into the sea in August 2017.

Life sentences are rarely handed down for a single killing in Denmark. In the past 10 years, only three people have received such sentences.

A life sentence in Denmark averages around 16 years. Currently, 25 inmates in the country are serving life behind bars.

The prosecution insisted that Madsen's life sentence was justified, given the grisly nature of the murder and his meticulous planning.

On August 10th, 2017, Wall, an award-winning reporter, boarded the submarine with Madsen, an eccentric and self-taught engineer and a minor celebrity in Denmark, to interview him for an article she was writing.

Wall's boyfriend reported her missing when she failed to return home that night.

Her dismembered body parts were later found on the seabed, weighted down in plastic bags.

Madsen changed his version of events several times, but ultimately told the lower court that Wall died when the air pressure suddenly dropped and toxic fumes filled his vessel while he was up on deck.

An autopsy report concluded that she probably died as a result of suffocation or having her throat slit, but the decomposed state of her body meant examiners could not determine an exact cause of death.

Fourteen stab wounds and piercings were also found in and around her genital area.

Psychiatric experts who evaluated Madsen – who described himself to friends as “a psychopath, but a loving one” – found him to be “a pathological liar” who poses “a danger to others” and who was likely to be a repeat offender.

Madsen's lawyer Betina Hald Engmark said she and her client would study Wednesday's ruling before deciding whether to appeal it to the Supreme Court.