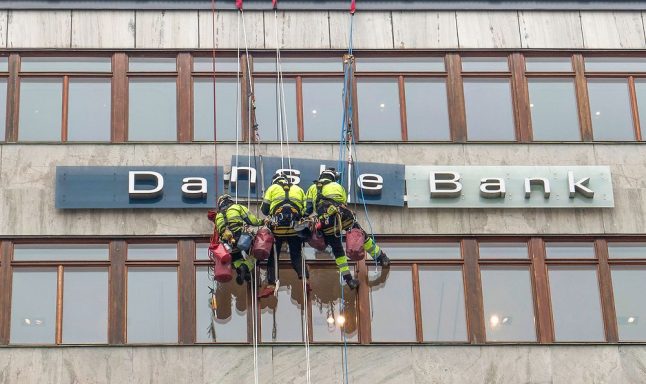 Denmark's largest lender is at the centre of a storm of controversy and several inquiries after it said “a large part” of transactions totalling 200 billion euros at its Estonian branch were “suspicious”.

The European Commission has written a letter to the European Banking Authority (EBA), the regulatory authority of the EU, to ask it to “fully utilise” its powers to probe what happened to the monitoring of Danske's Estonian office, spokesman Christian Wigand told AFP on Sunday.

More than 1.5 trillion Danish kroner (200 billion euros) transited through the Estonian subsidiary of Danske Bank between 2007 and 2015, according to an outside law firm that carried out a probe for Danske Bank.

The scandal engulfing Danske cost the lender's chief executive his job last week as investigators struggled to determine just how much dirty money transited through its Estonian subsidiary.

A big chunk of the allegedly-laundered funds came from Russia, according to the independent inquiry.

Danske itself said it could not be certain of the size of illegal sums involved.

The Financial Times reported that the letter from the European Commission to the EBA, which it has seen, called for investigators to establish any possible “breach or non-application of Union law both by the Estonian as well as the Danish supervisors”, and asked for a probe “with the necessary degree of urgency”.

Of the accounts under investigation — which Danske closed in 2015 — 6,200 are considered suspicious and most of them have been brought to the attention of authorities.

The scandal has triggered multiple inquiries, including in Denmark itself as well as by Britain's National Crime Agency.