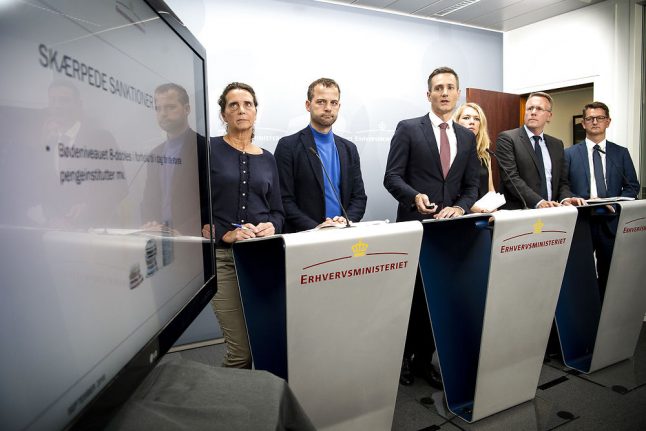 The measure means Denmark will likely have the strictest punishments in Europe for the offence, businesses minister Rasmus Jarlov said.

The agreement came after the release on Wednesday by Danske Bank, the country’s largest lender, of details of an internal investigation into money laundering at its Estonian branch.

“We have been working on this agreement for a while, but have been waiting for the outcome of Danske Bank’s investigation today, but of course there has been a lot of background work on this,” Jarlov said Wednesday.

But the updated regulations will not be applied to Danske Bank in the ongoing case.

“It is clear that when we make new laws, they apply to future cases,” Jarlov said.

“Money laundering laws have not been strict enough until now. That’s why we’re tightening them today. We have a mutual responsibility for this in parliament,” the minister added.

Parliament’s financial settlement committee, in which all parties excepting the Alternative and Red-Green Alliance are represented, agreed to support the new regulation.

Morten Bødskov, of the Social Democrat party, who chairs parliament’s business and export committee, said his party considered it important that fines were “not just made steeper, but significantly steeper”.