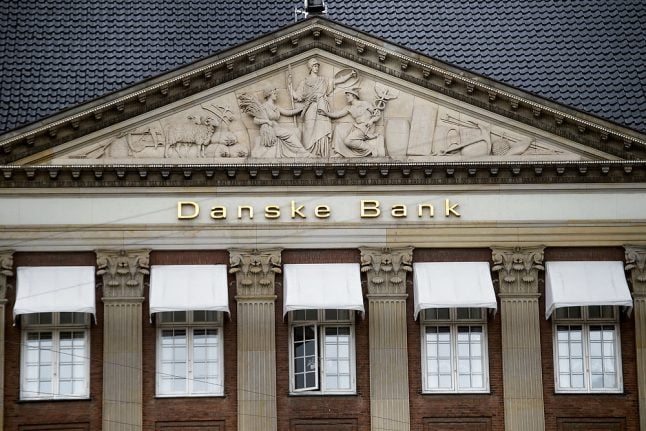 Here are some facts about the scandal.

More than 1.5 trillion Danish kroner (201 billion euros, $235 billion) transited through the Estonian subsidiary of Danske Bank between 2007 and 2015, according to an outside law firm that carried out a probe for Danske Bank.

Danske Bank said it's impossible for now to say how much of the gigantic sum was dirty money, but said that it couldn't rule out that a lot of the “suspicious transactions are criminal”.

Of the around 15,000 accounts under investigation — which Danske Bank closed in 2015 — 6,200 are considered suspicious and most of them have been brought to the attention of authorities.

Estimates of sums involved have grown massively since the scandal first broke. Danish paper Berlingske said last year that the total laundered money amounted to $3.9 billion. But earlier this month, the Wall Street Journal gave a vastly higher figure of $150 billion, a figure in turn dwarfed by the latest numbers.

A big chunk of the allegedly-laundered funds came from Russia, according to the independent inquiry. Danske itself has said 23 percent of the incoming funds were from Russia.

Bill Browder, CEO of Hermitage Capital and Magnitsky's former client who was kicked out of Russia for exposing corruption at the largest state owned companies, has spent nine years tracking money laundering in the nation.

How did Danske get involved?

Denmark's biggest bank got caught up in the case because the suspicious funds transited through its Estonian subsidiary, which landed in Danske's portfolio when it took over Finland's Sampo in 2006. The Finnish group had been actively expanding into the Baltic countries.

In 2013, a whistleblower alerted Danske's top management to huge potential problems with money laundering in Estonia.

The following year, an internal audit also sounded alarm bells, prompting the closure in 2015 of the Estonian unit to non-residents.

In September, the Wall Street Journal reported that US authorities were also looking at Danske which, however, hasn't confirmed the claim.

In October 2017, France opened a money laundering investigation, suspecting that non-resident customers of Danske's Estonian unit had channelled funds to France between 2008 and 2011.