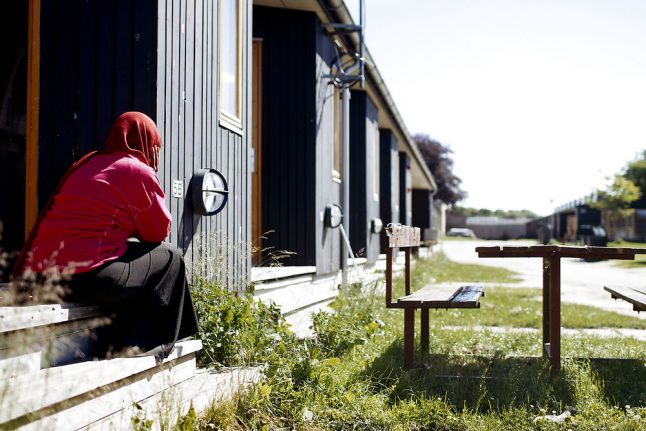 An unrelated file photo of the refugee facility at Sandholm. Photo: Bax Lindhardt/Scanpix 2015

A National Police document detailing the figure was seen and reported by Radio24syv.

The unaccounted-for persons could either be in Denmark, a second country or have travelled home.

The National Police believes the majority of the unaccounted-for persons to have left Denmark during the three years over which the total has accumulated, Helga Lund Laursen, who heads the Nationalt Udlændingecenter, the law enforcement’s unit for foreign citizens, said to Ritzau.

“A small number will, based on our experience, turn up again at their previous place of accommodation,” Laursen said.

“The police also encounter some of them as part of their daily patrol work and with their regular work in cooperation with tax and employment authorities in operations against social dumping,” she told the news agency via email.

MP Trine Bramsen, a spokesperson on justice with the opposition Social Democrats, called for a response over the report.

“They could easily be working illegally in Denmark and undermining the Danish labour market, or in the worst case be potential terrorists,” Bramsen said to Radio24syv.

The Social Democrat MP called for police to step up efforts to locate the individuals and said she had requested an explanation of the situation from immigration minister Inger Støjberg.

Naser Khader, justice spokesperson with the Conservatives, a junior party in the coalition government, said he was unconcerned by the reported figures.

“It’s difficult to get by in Denmark without identification papers. So I think there’s only a small number of these people still in the country,” Khader said to Ritzau.

“But if there is knowledge of any of the missing and rejected asylum seekers being criminals or extremists, I absolutely think an effort should be made to track them down,” he told Ritzau.

In addition to the 2,835 unaccounted for rejected asylum seekers, the whereabouts of a further 2,729 persons whose cases are unresolved are also unknown to police.