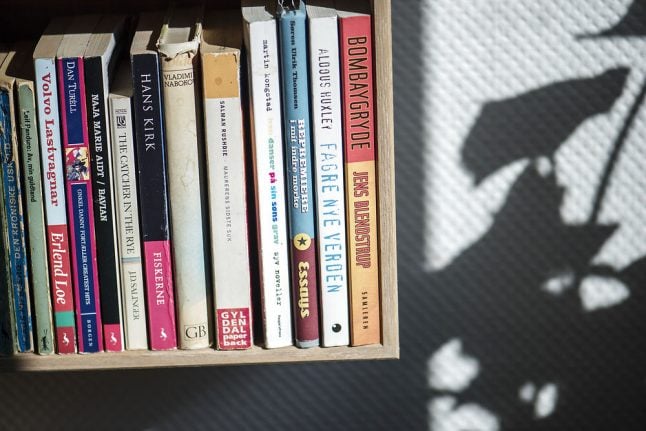 'Hygge' – a word with a notoriously elusive English translation – was famously given an entry in the Oxford English Dictionary last year. But are there any other Danish words that would offer something new to the English lexicon?

With that in mind, we put together a list of Danish words that we think could be incorporated into the English language.

One of the most difficult – and widely used – terms to translate directly, this adjective comes from the verb 'overskue', meaning to have a free view or to see the task at hand clearly. The negated adjective form, uoverskuelig, is to lack this kind of overview, thereby not knowing where to start. If a Dane isn’t up to coping with a particular challenge, they will call it 'uoverskuelig'. We're a fan of both the usage and the high proportion of vowels in this word.

How to use it: “I feel like staying in bed all day. My life is completely uoverskuelig”.

Danish is often simply more effective when it comes to talking about time. What takes an English speaker four words (the day after tomorrow), a Danish speaker can accomplish with one: overmorgen. Same thing with ‘the day before yesterday’. That’s simply forgårs.

How to use it: “Hey, we never heard from Linda – weren’t we supposed to go out with her and Peter i forgårs?”

“No silly, our double date isn't until i overmorgen.” Describing family members is another area where the Danes have got it down. When an English speaker talks about his or her grandmother, they may be asked: “Now, is that on your mother or your father’s side?” No such confusion in Danish. A maternal grandmother is mormor (literally mum mum), a paternal grandmother is farmor (dad mum), your mom’s dad is morfar and your dad’s dad is farfar.

How to use it: “I'll be visiting my mormor and morfar this weekend.”

This short little word is a great and effective replacement for “give my regards to so-and-so” or “say hello to so-and-so for me”. A lot of Danish conversations end with both people telling the other to hils someone else. Or if you’re a third party to a conversation (your wife is going to call her sister, for example), you can simply say ‘hils’ to show (or give the illusion) that you care.

How to use it: “Hey, I’m heading over to Susan’s house this evening.”

These two verbs are synonyms used a lot by Danes, and basically mean that you can’t be bothered to do something or that you don’t have the strength for it. Commonly heard in the phrasing: “Jeg orker det simpelthen ikke” (I simply can’t be bothered).

A word to describe disgust in politics and politicians.

How to use it: “Hey, did you see Emmanuel Macron and Lars Løkke cycling in Copenhagen?”

“No, I want nothing to do with it. I’ve got serious politikerlede.” Another political term, a stemmesluger is literally translated as a “vote swallower”, i.e. a politician who receives a lot of votes in an election.

How to use it: “Their policy of cutting taxes could be a real stemmesluger.”

English has always lacked a good term for telling someone to enjoy their meal. English speakers have adopted ‘bon appetit’, but that’s French. The Danish equivalent is surely just as good.

How to use it: “Here’s your pizza. Velbekomme!”

Literally translated as a “thought cod”, this is a term to describe an inadvertent mistake or gaffe.

How to use it: “Oslo is the capital of Sweden. No! Of course it isn't, that was a real tanketorsk.”

Did we miss out any great Danish words that could make other languages even more expressive? Let us know.