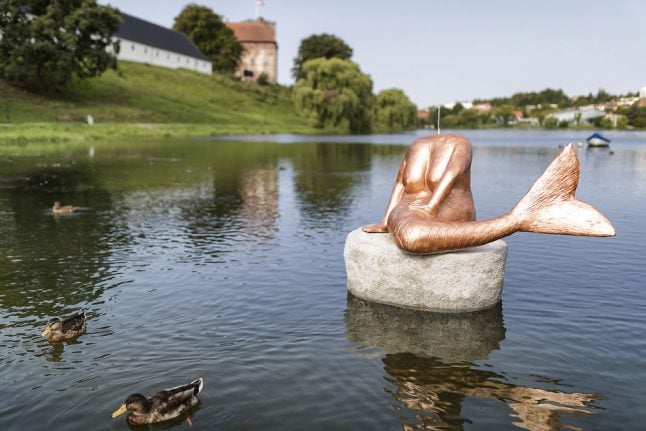 The head of the sculpture at the Slotssøen lake in the southern Jutland town has now been recovered, local media JydskeVestkysten reports.

Erik Valter, the artist who created the sculpture, was able to track down the head of the piece, which had been missing since being removed by an unknown thief last week.

“I was sent a screenshot from Instagram. A young man had taken a picture of the head,” Valter told JydskeVestkysten.

The screenshot revealed the name of the person who had taken the photograph, enabling Valter to make contact.

That led him to a second man, with whom he was eventually able to meet at a location in Kolding.

“The wasn’t a soul to be seen, when all of a sudden this old car drove up. A young man jumped out and I asked him discretely whether he knew anything about the head. He did, and went into the back of the car and took out a black bag. The head was in it,” Valter said.

The artist said he had offered a bottle of schnapps as a reward in exchange for the return of the mermaid sculpture’s head.

“I told them that if I was given back the head, we'd let things be,” he said.

But since the person behind the tip did not drink, he gave another of his sculptures – a small figure – as an alternative repayment.

The head was returned to its rightful place on the mermaid’s shoulders on Monday.

The sculpture is intended to spark debate about established female body ideals, according to its creator.