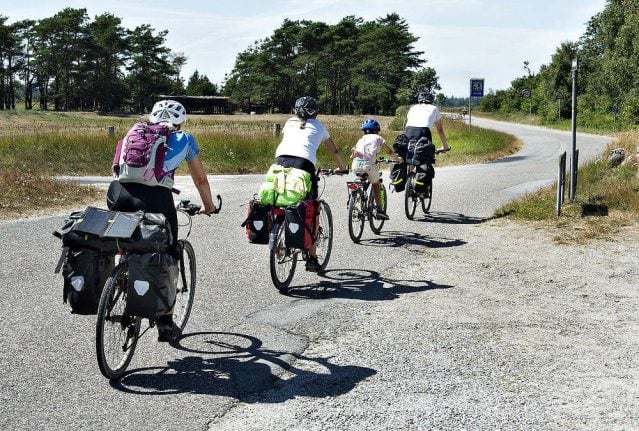 The hot summer – which now appears to be drawing to a close – is among the reasons that Danish tourism hit a new record in overnight stays in the first half of 2018, writes dibusiness.dk.

Overnight stays amounted to 20.6 million in total, which is 0.6 million more than the previous record from 2017.

“In the first six months of the year we’ve seen a 4.5 percent rise in international tourists, which is in large part due to the long, hot summer we’ve had this year,” said Sune K. Jensen, head of tourism with the Confederation of Danish Industry (Dansk Industri, DI).

Overseas visitors were responsible for 9.8 million overnight stays. According to DI’s calculations, this means that the tourism industry earned about eight billion kroner in revenue from overseas guests during the first half of the year.

Among those who have profited is holiday rental company Enjoy Resorts.

“We’ve had record turnover in July, and we expect the same for August. The warm weather has had a major impact on the number of visitors, reversing the trend from last year’s rainy summer. And the sunny days have really helped brand Denmark internationally,” said Martin Iversen, CEO with Enjoy Resorts.

Meanwhile, the company has also benefitted from the many Danes who decided to spend the summer at home.

“The heat has definitely given us a greater competitive edge in relation to favourite holiday destinations such as Spain,” Iversen said.

Despite the record, Jensen is not wholly satisfied with the figures, noting Denmark has not enjoyed the same growth as tourism industries in neighbouring countries.

“In fact, we’ve lost market shares to the countries around us. In the first half of 2018 alone, Denmark lost out on one billion kroner in turnover, and it is particularly the Netherlands and Sweden that have managed to attract more tourists than us,” he said.

The tourism analyst said that this highlights the importance of a political agreement made in May this year to modernise public sector initiatives, boosting tourism.

“It will help us attract more tourists with spending power to the country, thereby giving Danish tourism a much-needed boost and equipping us to better compete with neighbouring countries,” Jensen said.