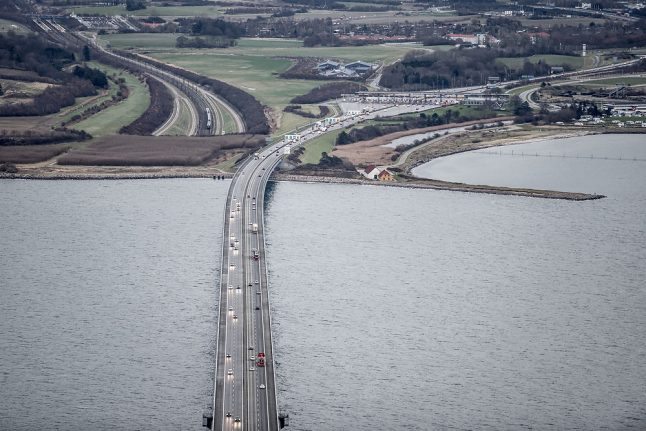 Such a bridge would directly connect Jutland and Zealand. Overland traffic between the western and eastern parts of Denmark is currently via Funen and the Great Belt Bridge, with long journey times for people travelling to and from the north of the country.

“The potential for a Kattegat connection is enormous, and if calculations show that it can be realised via user payments, it makes sense to begin a feasibility study as soon as possible,” transport minister Ole Birk Olesen said via a press statement.

“That’s why I am pleased that we have allocated money to this end from 2019, provided initial assessments show it is viable to move forwards with the project,” Olesen added.

Such a study would provide the basis for a parliamentary decision as to whether a Kattegat link should be built.

Olesen said that any such bridge or tunnel must be paid for by users rather than financed by the state. An initial report on construction costs is expected to be completed by October.

Political discussion over a potential Kattegat crossing has been ongoing for some time, with a number of business leaders and local political representatives speaking in favour of such a plan.

Olesen also pointed out the potential gains for Denmark of building a fast connection across the sea.

“It would be a huge investment in our infrastructure and would make life easier for many people who cross between different parts of Denmark. It would, for example, cut an hour from travelling times between Copenhagen and Aarhus,” he said.

“That is also why our preliminary figures show that people who travel by car would be willing to pay the 240 kroner it would cost to finance the connection,” the minister added.

“Based on the preliminary calculations, a road bridge looks very realistic, but a combined option does not,” he said.

The current preliminary study is looking at both options and will determine the focus of the full feasibility study.