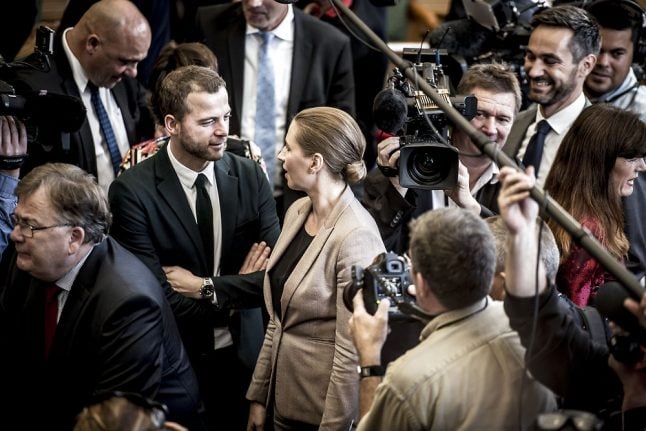 The two parties have governed in coalition in the past, but the Social Democrats, led by Mette Frederiksen, stated earlier this year that they would seek to form a minority government without including other parties on Denmark’s left, should they win enough seats at next year’s general election.

That would still require the cooperation of the Social Liberals, however, as the support of the smaller party would likely be required to secure a parliamentary majority.

Social Liberal leader Morten Østergaard said he would only be prepared to support his erstwhile ally in this manner if guarantees were provided on policy on areas including immigration, which has been a primary source of discord on Denmark’s left in recent months.

“Before our parliamentary support can be counted on, there must be a political agreement that will ensure we don’t just get a new government, but also a new political direction for Denmark,” Østergaard said to newspaper Berlingske.

“That direction must be significantly different from the one we will see if the Danish People’s Party is part of a new government. The guarantee must provide for the direction the government would take in order for us to support it,” the Social Liberal leader said.

Should Frederiksen decline to make such an agreement, she will not be able to count on the support of the Social Liberal party, Østergaard said.

The centre-left Social Liberals currently have eight of the 179 seats at Denmark’s Christiansborg parliament.

“Morten Østergaard must justify for himself whether he really wants to push for a new political direction that would attempt to change immigration policies supported by 80 percent of Danes and parliament,” Wammen said in reference to the combined parliamentary share of the Social Democrats and the four parties on the right.

Wammen did not confirm whether the Social Democrats would be prepared to govern with the nationalist Danish People’s Party or other conservatives, should Østergaard withdraw his support.