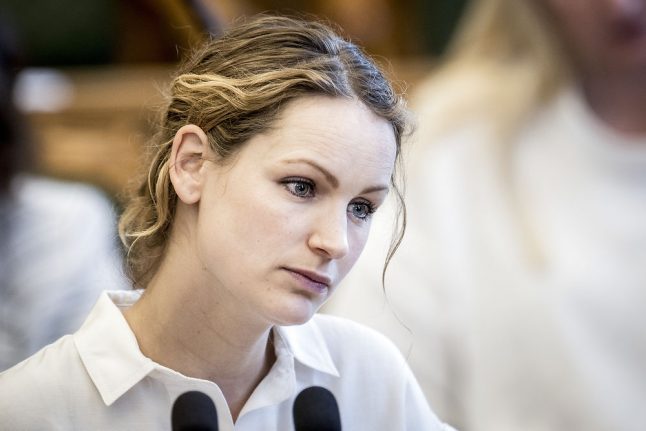 Skipper joins incumbent PM Lars Løkke Rasmussen and Social Democrat leader Mette Frederiksen, who lead the two parties that traditionally provide prime ministers, as well as Uffe Elbæk of the environmentalist Alternative party, in stating a claim to be the next PM.

Like Alternative, the Red-Green Alliance is a minor party in terms of parliamentary seats, currently holding 14 of the 179 spots at Christiansborg.

Denmark’s traditional system of ‘red’ (left of centre) and ‘blue’ (right of centre) alliances between the nine parties in parliament means that only the leaders of the Liberal and Social Democrats are normally expected to become prime minister based on general election results.

But Skipper has now followed Elbæk in expressing a wish to break with that custom.

“Our clear first priority is to form a green, socially progressive government to the left of the Social Democrats. That is what we want,” Skipper told Jyllands-Posten on Wednesday.

Frederiksen’s centre-left Social Democrats, the largest party in opposition, have found themselves at an increasing distance from other parties on the left as a result of policy differences, particularly on immigration.

Unlike Alternative, however, the Red-Green Alliance has stopped short of entirely withdrawing its support for the Social Democrats as the prime ministerial party.

“If, for example, the Red-Green Alliance, Socialist People’s Party and Alternative gain more seats than the Social Democrats, we will aim to form government – we would be happy to be at the forefront of that,” she said.

“It would then be down to specific discussions between the parties as to how things would work,” she added.

The three parties’ combined support is still some way short of that of the Social Democrats, however, with the latter party at 26 points according to the most recent polls.

“I can see what the polls are saying, but the difference is not that great,” Skipper said.

“If things end as the polls are now… we would support the prime ministerial candidate who would give the Red-Green Alliance the best possible influence with the seats we have, and that would probably be Mette Frederiksen,” she added.

“Danish politics should be much more than just a presidential election between prime ministerial candidates from the Liberals and Social Democrats,” he wrote on Twitter.