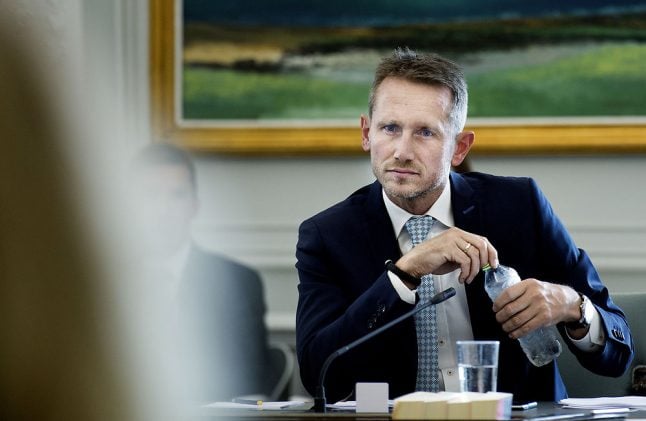 Jensen spoke to news agency Ritzau after a clip from Fox Business Network, a cable news channel owned by the Fox News Group, was widely shared online on Monday. Fox Business is the most-watched business news station in the United States.

In the clip, presenter Trish Regan says Danes do not want to work or finish their studies, cites incorrect employment and education figures, and simultaneously accuses Denmark and Venezuela of having “stripped people of their opportunities.”

READ ALSO: Why Fox Business' comparison of Denmark and Venezuela is built on fallacy

“(The Fox report) is completely exaggerated and lacking in credibility. It simply reflects how politicised news coverage in the United States has become,” Jensen said.

“Completely detached from fact, they are using reports to make incorrect claims,” the minister added.

Jensen also responded to Regan’s report via Twitter on Monday in a post which received widespread support from Danes.

“So Danes don't wants [sic.] to work? 11 places better than US in OECD statistics! We are working much more than Americans and at the same time ranking as the world's best in Work-Life-Balance. You should come to Denmark if you dare be confronted with facts,” the finance minister tweeted to Regan.

So Danes don’t wants to work? 11 places better than US in OECD statistics! We are working much more than Americans and at the same time ranking as the worlds best in Work-Life-Balance. You should come to Denmark if you dare be confronted with facts @trish_regan ??? pic.twitter.com/hFf9ysy62x

“Excuse my direct language, but she must simply not be allowed to piss all over Denmark [Danish: hun skal simpelt hen ikke pisse på Danmark, ed.],” he told Ritzau on Monday evening.

“I will not accept something so despicably wrong being reported,” he added.

The minister also pointed out the absurdity of suggesting similarity between governments in Denmark and Venezuela.

“Venezuela is a socialist dictatorship. Denmark is a free, regulated market economy. We are, by all statistics, one of the most open, free economies,” he said.

“Yes, we have high taxes. People pay a lot of tax because we get a lot back from public finances,” he added.

Jensen also said reporting with no basis in fact was a significant democratic problem.

“The United States has lost sight of the facts in its political journalism. That is very, very dangerous – if you no longer maintain journalism should be based on facts, then we are losing something on which our democracy is built,” he said.