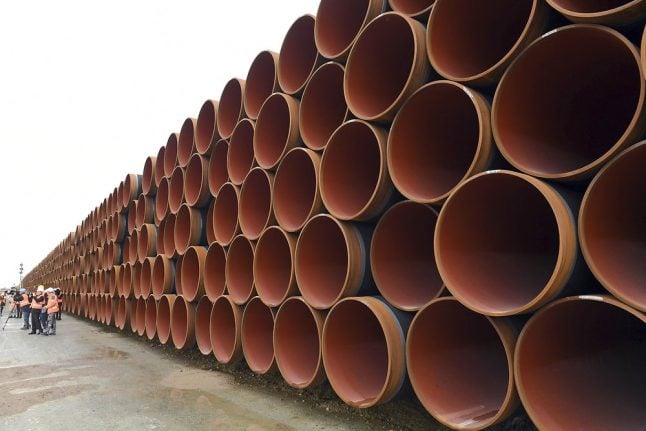 New legislation which took effect in January allows the Danish government to veto pipelines passing through the Nordic nation's territorial waters based on its foreign policy, security and defence interests.

Led by Russia's gas giant Gazprom, the consortium said in a statement that the law gives the Danish foreign ministry the right to grant the green light for pipeline and infrastructure projects.

Since no decision has been forthcoming since the law was passed in January 2018, “Nord Stream 2 AG decided to explore alternative routes outside of Danish territorial waters,” the consortium said.

The initial route was planned to pass south of the Danish island of Bornholm in the Baltic Sea, entering Danish territorial waters.

But the 175-kilometre-long alternative route would pass northwest of Bornholm, avoiding Denmark's territorial waters and only entering its exclusive economic zone.

Under the United Nations Convention on the Law of the Sea, countries cannot block other nations from laying underwater pipelines and cables.

The Danish Energy Agency on Thursday said it was processing the application.

Gazprom plans to lay the 1,200-kilometre Nord Stream 2 pipeline through the Baltic Sea to the German coast near Greifswald, where it would connect to the European gas transport networks.

The pipeline has caused splits within the EU, with Poland and other eastern states fearing it could be used as a tool to boost Russian influence over the bloc.

The Baltic route allows Germany and other European countries to avoid gas piped through Ukraine. Russia has shut off gas supplies to Ukraine in the past, having knock-on effects in the European Union.