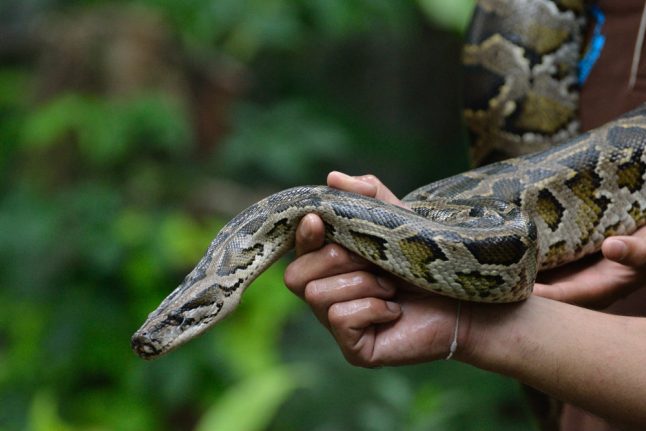 Upon entering the kitchen to get a glass of water during the night, she was greeted by a hissing green ball python around a metre in length, TV Øst reports.

Like all other pythons, the snake is of the non-venomous constrictor variety.

The woman immediately called emergency services, and a police patrol was dispatched.

Although snake charming is not among the tasks normally faced by police on the island of Falster, the two officers are reported to have managed to bring the python under control.

“There are some signs that one of the officers knows a little about that kind of thing,” Henrik Karlsen, duty officer with South Zealand, Lolland and Falster Police, told TV Øst.

Police later contacted nearby Krokodille Zoo in Eskilstrup, which agreed to temporarily take in the snake, and are now looking for the animal’s owner.

Nobody had claimed the creature early on Wednesday.

“We have put out a notice for the owner on Twitter. So we hope the owner will come forward when he wakes up this morning,” duty officer Søren Østervig said.

“This guy, a green ball python around 1.2 metres, showed up at an apartment on Tværgade, where it wasn’t supposed to be at all,” the police tweet read.

“It’s now in police care. If it’s yours, or you know who it belongs to, contact 114,” the message continued.

READ ALSO: Danish scientists test rock singer who has been injecting himself with snake venom for 25 years 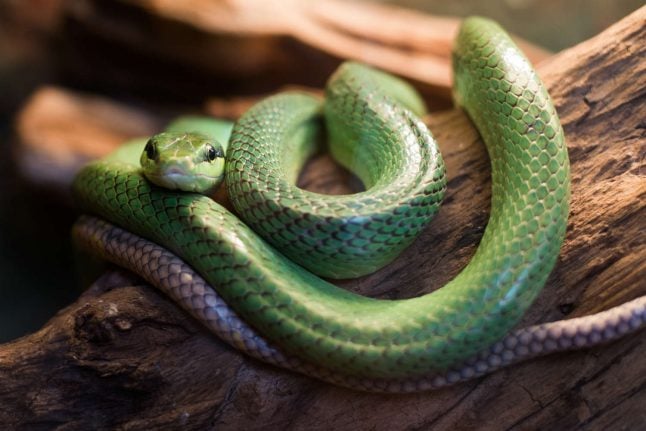 SNAKE
Danish scientists test rock singer who has been injecting himself with snake venom for 25 years
Url copied to clipboard!