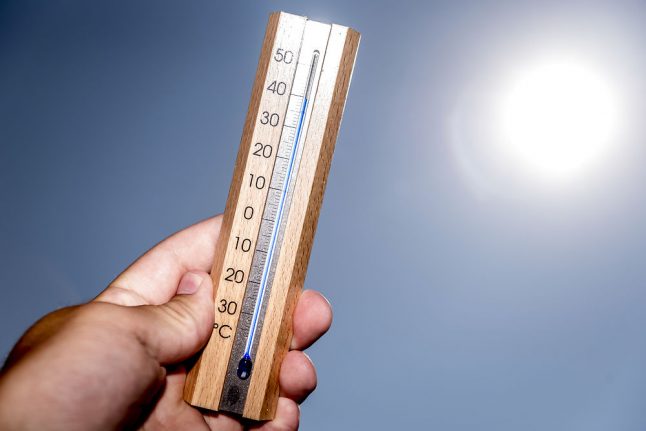 Wednesday could see over 36.4 degrees Celsius, which would be the hottest ever recorded in the Scandinavian country, meteorology agency DMI said.

The current record has stood since 1975.

The week will begin on a cooler note, however, with temperatures between 18 and 25 degrees and coldest in North Jutland.

“To start with there is a front that will move over North Jutland, bringing some showers, before moving east. It will probably remain dry in the rest of the country, but there will be a lot of clouds,” DMI duty meteorologist Bolette Brødsgaard said.

But Tuesday will see hot air ‘pumped’ north from southern Europe as the result of a cold front over the North Sea.

That will give temperatures of 27-28 degrees Celsius and over 30°C locally, Brødsgaard said.

Wednesday will be so hot that the 43-year-old temperature record could be broken, the meteorologist said.

“The latest forecast shows that the record won’t be broken, but it is very close. There is certainly potential, so I would not rule out that happening if everything is just right in relation to sun rays and calm weather,” she said.

“It will be a very warm day in any case, and may also be very humid. So it is a good idea to plan ahead so as not to be stranded outside in the worst of the afternoon heat,” she added.

Wednesday night is forecast to bring cooler weather, with 25 degrees and some showers or thunder predicted on Thursday.

“There will be some sun here and there, but the weather will be more changeable and will drop down to 20-25 degrees,” Brødsgaard said.