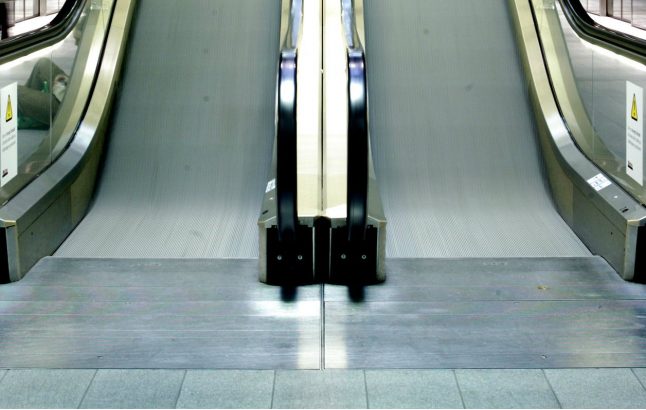 The shut-down comes after four people including one child were injured when a part broke free of one of the escalators on Sunday.

The head of state rail operator DSB’s station servicing department said it was unacceptable that the escalators failed to meet standards.

“We have decided to take the remaining escalators out of service temporarily until we can be sure that all 12 machines comply with safety rules,” Jørgen Dyrendal Rasmusssen of DSB told Ritzau.

The rail operator has now asked its supplier to explain the failures experienced with the machines.

Rasmussen added that it had not been confirmed whether the issues were related to Sunday’s accident.

“We can’t say whether there’s a connection. What happened today was that Arbejdstilsynet were here and found problems. We have subsequently stopped operation temporarily,” he said.

Four people including were hurt by a loose metal part from an escalator on Sunday. A ten-year-old Finnish girl were reported to have suffered broken legs.

DSB has apologised to passengers over the stationary escalators and said that elevators remained operational.

The escalators were expected to begin working again on Wednesday.