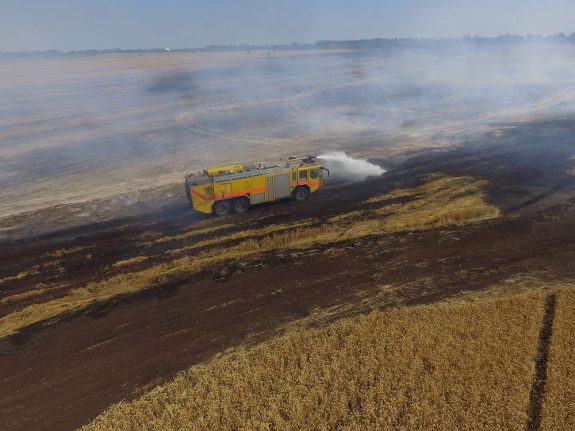 The fire was considered to be almost completely out on Monday evening, Per Vedsted, fire chief with North Jutland’s fire service Nordjyllands Beredskab said.

“We have sent almost all personnel home, there’s just a single fire engine left with two firemen that are acting as watchmen. We also have a drone that is being controlled by one of the team out there,” Vedsted said.

“There are sometimes small areas with a few embers. But the majority has been extinguished,” he added.

The watchman was scheduled to remain in place until Tuesday afternoon, at which time the fire service will evaluate the situation to see how remaining fires have developed.

“We don’t dare say that it is 100 percent out, but we have sent most (firefighters) home anyway,” Vedsted said.

Both traditional methods and modern technology were used to successfully battle the uncommon form of wildfire, he added.

“A large amount of water has been used along with a huge presence of personnel and vehicles. But we have also benefitted from drones with infra-red cameras that were able to detect warming up under the earth,” the fire chief added.

The North Jutland fire service was assisted by fire teams from other parts of north Jutland, Herning, Skive, Southern Denmark and the Home Guard.

“This was one of the worst times (for something like this to happen) in relation to holiday. So we have really called in some favours both from our own people and those from outside,” Vedsted said. 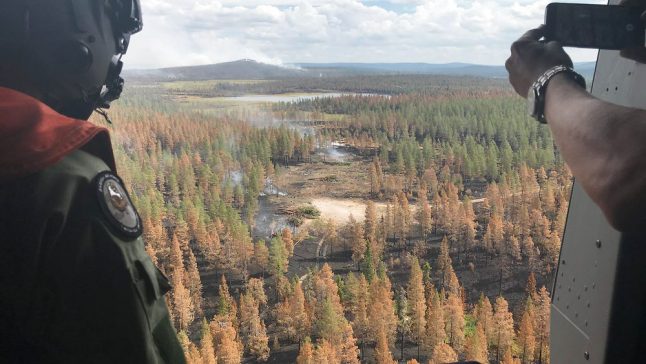