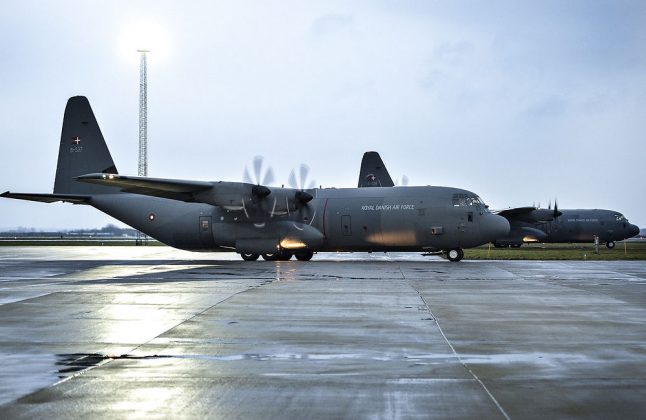 Firefighters from Denmark have provided support to the Swedes since July 19th as devastating wildfires have raged across the country after weeks of dry and hot weather.

Having previously travelled by bus, the Danish responders will this time make the journey across Scandinavia in one of the military’s Hercules carrier aircraft.

The firefighters were scheduled to depart from Roskilde Airport on Tuesday morning and the aircraft will return Tuesday night with their colleagues who are currently in Sweden and set to be relieved.

Danish fire service Beredskabsstyrelsen is responsible for Denmark’s contribution to the firefighting work in Sweden.

“Denmark’s contribution in Sweden has been a mark of a good partnership in all regards,” Peter Kaas-Claesson, who is coordinating the Danish response, said.

Kaas-Claesson noted good working relations with local fire services, authorities in Sweden and with the Danish military, which has helped with transport logistics, including by supplying the Hercules.

“The Hercules aircraft makes the introduction of a new team and return of the old a smoother and more efficient process. It is a huge help,” he said.

Although much-needed rainfall arrived in both Denmark and Sweden during the weekend, extra support is still required to bring the Swedish wildfires under complete control, Kaas-Claesson added.

“The rain this weekend has helped the situation to come a bit more under control, so things are moving in the right direction even though we and the Swedes still have a lot of work ahead of us,” he said.

Danish firefighters are currently scheduled to remain in Sweden until August 5th. Up to 200 firefighters from Denmark have been involved in the operation to put out the wildfires.

Polish, German, Italian, Norwegian, French, and Lithuanian firefighters have also contributed, though many have now returned home as the reduced risk of new fires has enabled Swedish authorities to reduce numbers.