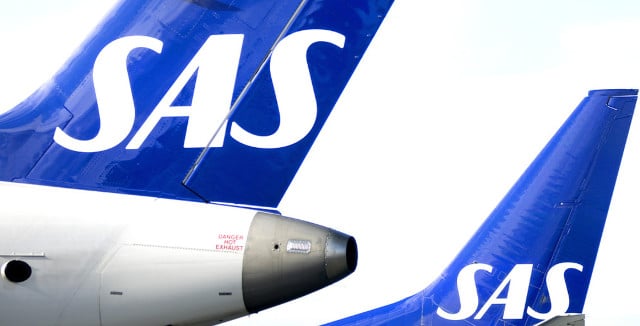 According to Norway’s ABC Nyheter, the cancelled flights are linked to subcontractor City Jet as well as SAS Irish subsidiary SAS Ireland (SAIL). Crew shortages at both is reported to have resulted in the parent company taking over their flights, and cabin crew members regularly being told to work in their free time.

The Norwegian site reports that 26 SAS Ireland pilots signed a letter to the airline’s management complaining about poor working conditions, claiming the Irish staffing firm through which they are employed is forcing them to compromise safety.

Troels Karlskov from the SAS press department confirmed that the airline received the letter.

“We have a positive view and share their desire to find a good solution for the situation,” he told news agency TT.

Karlskov said the company regrets the cancelled flights, but would not comment on whether they are connected to SAIL and City Jet.

“We are doing everything we can to help our passengers. During the summer we literally fly to our full capacity. When there’s disruption it can have consequences across the network.”

Disruption could be due to a combination of factors like technical errors, weather, or congestion in airspace, he explained, and insisted the number of cancellations should be viewed in context of the around 900 flights per day SAS runs during the peak season.

“The 700 cancelled flights in the last three months occurred at the same time as we had a total of over 78,000 departures.”