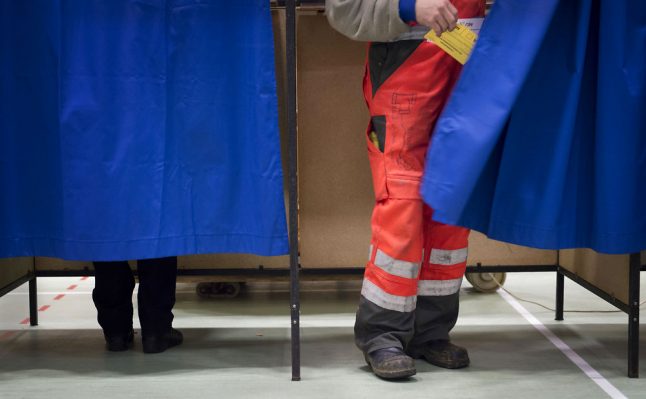 The ambassador, Mikhail Vanin, spoke out against “Russophobic statements” by Danish experts and officials.

“Since there is no difference in russophobic approach between #DK Government and opposition, meddling into DK elections makes no sense,” the embassy wrote on Twitter, before a follow-up post containing a link to a statement signed by Vanin.

Since there is no difference in russophobic approach between #DK Government and opposition, meddling into DK elections makes no sense https://t.co/0TIrvLqkx6

Statement by H.E. Ambassador of the #Russian Federation to the Kingdom of #Denmark M.Vanin https://t.co/lYeiIyEjWj

The statement, which is written in English littered with grammar and syntax errors, was published on the website of the Embassy of the Russian Federation in Denmark.

“Russophobic statements in the Danish media do not come as a surprise to us. Over the past few years the so-called Danish experts and analysts on Russia have been practicing with enviable persistence in who can present the most vivid anti-Russian statement, thus remind the Danish society about their own existence. Not a single sober assessment of Russian-Danish relations and possible ways out of the current crisis have we heard from the Danish scientific community,” Vanin writes in the statement.

READ ALSO: OPINION: Why good relations between Norway and Russia are necessary – and achievable

In an article published by newspaper Berlingske on Monday, Lars Findsen, head of military intelligence agency Forsvarets Efterretningstjeneste (FE), said Denmark was preparing for potential Russian meddling in the country’s general election in 2019.

“While we are sitting here speaking, there is probably someone trying to gain access to Danish networks,” Findsen told Berlingske with regard to cyber threats.

A May 2018 risk assessment by FE found the level of cyber espionage threat against Denmark to be “very high”.

That means the level of threat is considered to encompass “a specific threat” in which “damaging activity is very likely,” Berlingske reports.

“I can tell you in this regard that the Russians are active in this area,” Findsen told the newspaper.

The Russian ambassador dismissed that claim and criticised both Findsen and defence minister Claus Hjort Frederiksen.

“… the most dangerous thing is when such unsubstantiated statements are made by professionals responsible for providing the country's leadership with an objective assessment of the challenges and threats the Kingdom of Denmark is currently facing,” Vanin wrote.

“Previously, we heard russophobic statements by the Defense Minister of Denmark Mr. Claus Hjort Ferederiksen [sic.] about Russia's alleged involvement in the election results and the dissemination of fake news. Now we can state that the head of FE Mr. Lars Johan Findsen has joined the anti-Russian hysteria,” he continued.

“Instead of thinking about ways to get out of the crisis that has developed in our relations and returning to the negotiating table to discuss the mutual concerns, as demonstrated by the Presidents of Russia and the USA in Helsinki, Copenhagen once again allows itself to accuse my country without providing any evidence for that,” Vanin also wrote, before calling on media and officials to “stop poisoning the Danish society with this abomination”.

The tweet by the Russian embassy was described as an “unintentional confession” by foreign policy spokesperson with the governing Liberal (Venstre) party, Michael Aastrup.

“They are saying that there is no benefit [from interfering in elections, ed.] in Denmark because all parties have an aversion to Russia. You can therefore raise the question: would they interfere if there was a party that liked Russia?”, Aastrup told Berlingske.

Social Democrat MP Peter Hummelgaard responded to the Russian statements by writing on Twitter that the embassy tweet was “probably as close as you will get to a confession that it is standard practice for Russia to meddle in the democratic elections of foreign states.”

FE told Berlingske that it did not wish to comment on the Russian embassy statement.