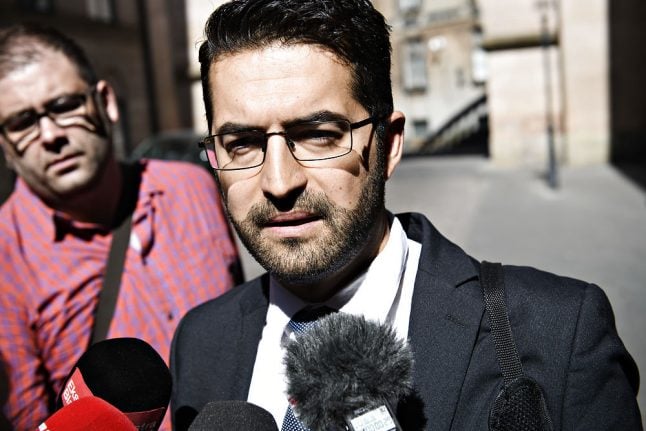 Prison and deportation are too harsh a punishment for the crime of physical assault, lawyer Erbil Kaya said on Friday according to Ritzau.

“We have appealed for a more lenient sentence and for deportation to be lifted,” Kaya said.

The incident took place in the early hours of June 17th outside LA Bar in central Copenhagen.

Vasquez said that the man said the words ‘I don’t like homos’ before punching him and he was initially arrested on suspicion of hate speech. But Copenhagen City Court decided not to pursue that charge and the 34-year-old was tried for assault only.

According to statements made by the now-convicted man in court, he was approached several times by Vasquez inside the bar earlier in the evening.

The incident received considerable press coverage, and Prime Minister Lars Løkke Rasmussen said that Vasquez had been subjected to hate crime based on his sexuality.

That was not reflected in the charge eventually made against the man, however.

Kaya said that a 40-day sentence and six-year ban from entering Denmark were too harsh a punishment for the crime for which his client had been convicted.

“He has good personal circumstances and no criminal record. Normal practice in my opinion would be a suspended sentence,” Kaya said.

“Furthermore, it is not reasonable to exclude him from Denmark for six years because of a punch. That is in breach of his right to free movement,” the lawyer added.

A further basis for appeal is to potentially bring the trial to higher Danish courts and eventually international courts such as the European Court of Human Rights or the Court of Justice of the European Union, he also said.

Denmark’s state prosecutor is yet to confirm whether it will appeal the sentence.