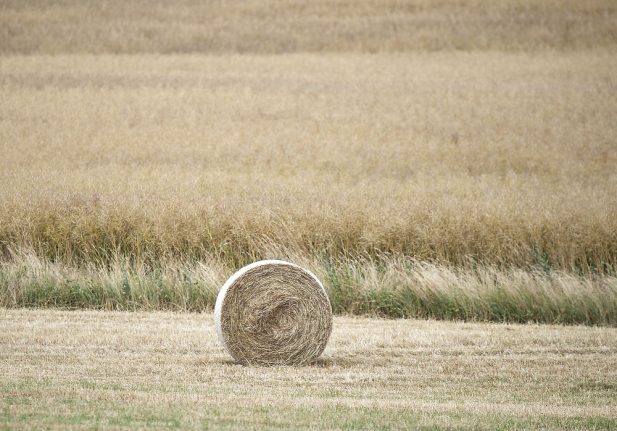 The weather will result in a lower amount of straw produced by farmers, which is necessary to drive heating in the colder months.

Although some homes in Denmark no longer rely on straw, with more sustainable energy sources increasingly used, two out of three people can nevertheless expect to see more expensive energy bills, Politiken reports.

“On a national level we expect average prices of 10-12 percent,” Kim Behnke, deputy director of the Danish District Heating Association, told the newspaper.

Low harvests due to the weather will result in farmers not being able to supply as much straw as usual to power stations that use it as fuel.

“We have not seen anything like this for 30-40 years. It has been dry throughout the season, and that effects all crops. Our expectation is for a harvest 30-50 percent lower than usual,” Jens Elbæk, head of the department for plants innovation with the Danish Agriculture and Food Council, told Politiken.

In the absence of sufficient amounts of straw, power stations are forced to use more expensive materials such as wood chips to fuel energy production.

The higher demand for wood chips is expected further drive up prices for the material.

“Extra amounts of wood chips must be supplied and the negotiating position will be different, so yes, it will be more expensive than normal supplies. That will be felt by consumers during the heating season,” Jan Søndergaard, director of the Danish Forest Association, the trade association that represents forestry in Denmark, said to Politiken.

65 percent of households in Denmark – those which rely on district heating — are expected to be affected.