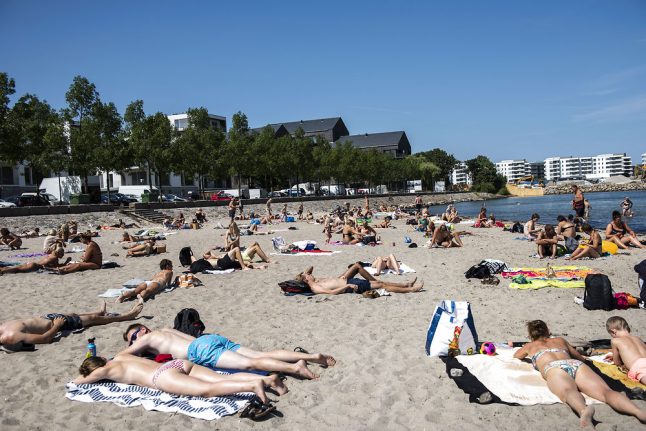 Although summer in Denmark has been historically warm this year already, it is now about to get hotter.

High daytime temperatures and ‘tropical’ conditions of over 20 degrees at night are forecast from the middle of this week onwards, says the Danish Meteorological Institute (DMI).

“From Wednesday it looks like daytime temperatures will be between 25 and 30 degrees and maybe up to 33 degrees locally,” DMI duty meteorologist Dan Nilsvall said on Monday.

“Thursday and Friday will be particularly warm in Jutland,” Nilsvall added.

Monday will see temperatures of between 22 and 27 degrees, albeit cooler in coastal areas, while Tuesday will be a little warmer at 25-30 degrees.

Nighttime temperatures will also be warm.

“There further into the week we get, the more likely it becomes the nights will be tropical,” the meteorologist said.

For a night to be classified as tropical, the temperature must remain above 20 degrees Celsius throughout a 24-hour period.

“The temperature on both Wednesday and Thursday nights will be around 20 degrees,” Nilsvall said.

A heatwave is defined by an average temperature of 28 degrees or more in over half of the country for three consecutive days.

Many in Denmark are now desperate for rainfall – not least farmers whose crops are threatened by the dry weather – but little precipitation is forecast for the coming week.

Sunday was the 50th summer day in Denmark this year, defined as a day in which temperatures exceed 25 degrees Celsius in at least one location in the country.