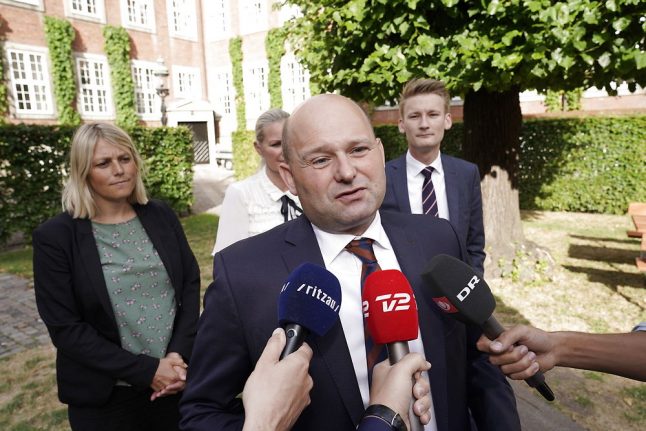 The decision is part of a government bill aimed at tackling youth crime and is supported by the Social Democrats and Danish People’s Party.

The minimum age for which a person can be convicted for a crime remains 15 years.

“I am happy that we have agreed on a new structure for the effort to prevent youth crime,” justice minister Søren Pape Poulsen said on Friday.

“The minimum criminal age is still 15 years. But there is a group of young people aged 10-15 years that commit very serious crimes. We must act against them,” he continued, speaking to reporters in front of the Ministry of Justice.

The agreement has been criticised for detaining and treating children as criminals, but Poulsen rejected that interpretation.

“Judgement Day predictions of children in prisons are not us. We want to help these children. Children should have a good life,” he said.

The board, which will be known as the Board for Youth Crime (Ungdomskriminalitetsnævn), will consist of a judge and representatives from municipal social services. The text of the agreement emphasises the intention to demonstrate to children the consequences of their actions.

A number of punishments can be given by the board, including detention.

The signatories to the agreement state that municipalities are currently focusing too much on social methods for preventing crime and too little on crimes committed by children.

“That means that the child or young person is not sufficiently made responsible for his or her criminal behaviour,” the agreement states.

Deprioritising social responses to crime is a cause for concern, according to an MP who opposes the agreement.

“I am seriously concerned that social initiatives will be deprioritised. That means (children) will be punished instead of doing what actually works – prevention of crime,” Josephine Fock, justice spokesperson with the Alternative party, told Ritzau.

Prior to the 2015 election, the leaders of four conservative parties, including Poulsen, said they supported reducing the minimum criminal age to 12 years.

The Conservative party leader has reportedly since changed his stance, and plans to reduce the criminal age were scrapped last year in favour of the new youth crime board system.

The Danish People’s Party (DF) still wants to reduce the crime age limit to 12 years, but said it would wait to see the effect of the new system.