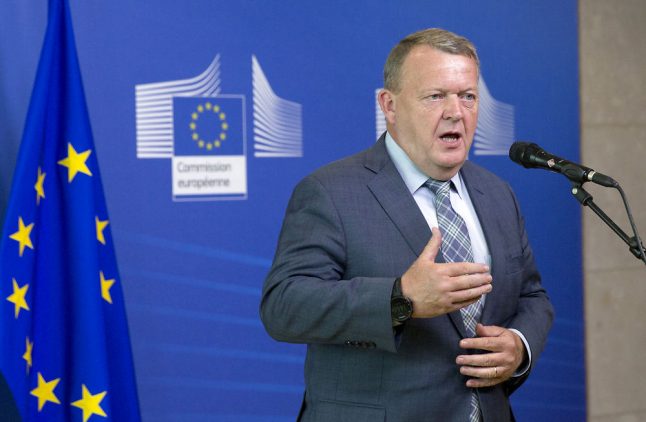 The issue is one of a number to be discussed by government leaders in meetings in the Belgian capital on Thursday and Friday.

Rasmussen is set to speak about a project, already discussed by Denmark and Austria, to establish an expulsion centre for rejected asylum seekers in an “unattractive location outside of the EU”.

The PM wants more countries to support his idea, which has so-far only received the backing of Austria’s nationalist populist government, but said it could become a reality regardless.

“What is needed is for someone to take a new path, and Denmark has always done that in foreign policy,” he said to Ritzau.

“I will not hide that I would like to have more (governments) on board. But it is not something that will prevent us from being able to do it alone,” he added.

After announcing the idea in a Constitution Day speech earlier this month, Rasmussen said that Germany and the Netherlands, as well as Austria, were amongst the countries discussing the plan with Denmark.

But Dutch prime minister Mark Rutte and the German interior ministry both said they were not aware of any specific proposal, Jyllands-Posten reported.

Rama added that he was against the idea of “offloading desperate people some place or other, like toxic waste no-one wants”.

Rasmussen said on Thursday that the proposed expulsion centre, which could potentially replace facilities in Denmark such as the controversial Departure Centre Kærshovedgård, would aim to “stop some migrants from showing up in the first place.”

“This is about managing a situation in which someone arrives in an EU country but has no right to asylum and must therefore be sent home.

“They would then be transferred to such a centre,” he said.