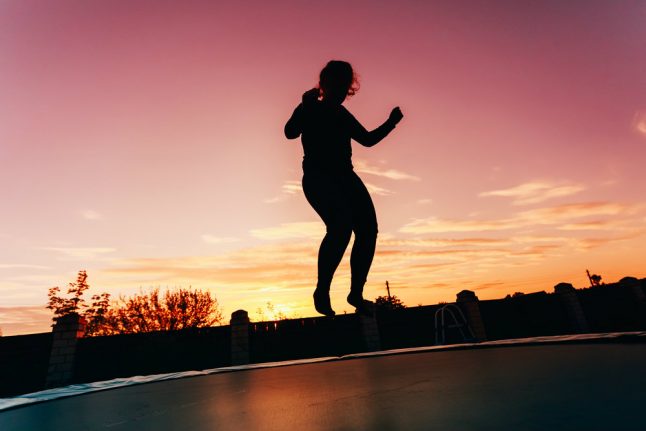 There will not be much spring in the step of children living in the Boligforeningen af 1944 housing association in Nørresundby, Ritzau reports, after residents received a letter from the association asking them to make sure all trampolines had been removed within the next fortnight.

Housing associations (boligforeninger in Danish) are organisations that rent out housing to members. The model is a common form of affordable housing rental in Denmark.

But members in the Nørresundby association risk having their contracts and memberships cancelled if they do not comply with the request, Ritzau writes.

The decision was originally reported by local media Nordjyske.

Complaints about noise caused by children jumping on the trampolines were cited as the reason for the dismantling request, the housing association said.

“It is of great inconvenience for other residents that a small number of residents have decided to set up one or more trampolines in the sections of the association with gardens,” the Boligforeningen af 1944 letter read according to Nordjyske Medier’s report.

“That has resulted in an unacceptable level of noise that can no longer be tolerated. Furthermore, the private lives of the other residents are affected, since [the trampolines] make it possible to see into [the windows of] neighbours, particularly taking into account the close proximity of the apartments,” the letter also said according to Nordjyske.

Poul Jacobsen, who chairs the housing association, said he understood that the move might be seen as a dramatic intervention.

“It's just something that’s necessary, we’ve had complaints so it’s something we’ve had to do,” he told Nordjyske Medier.

“We’re unable to continue to allow people to have trampolines in their gardens as the situation is now,” he added.

Jacobsen did not confirm the number of complaints that had been received, but said that complaints had come from residents in each of the organisation’s 13 sub-divisions.

He also said that residents who disagreed with the decision could take action by collecting signatures from like-minded neighbours.

Should a quarter of residents sign an objection, an extraordinary meeting could be called to discuss a potential reversal of the decision, he said.